What is this distinct ceramics style and where it is made?

(Maybe not exactly a travel question, but I hope it is on-topic here.)

Several years ago, while travelling across Montenegro, in one souvenir shop in Kotor and in one shop in Ulcinj I found very beatiful ceramic plates, tableware and other items: 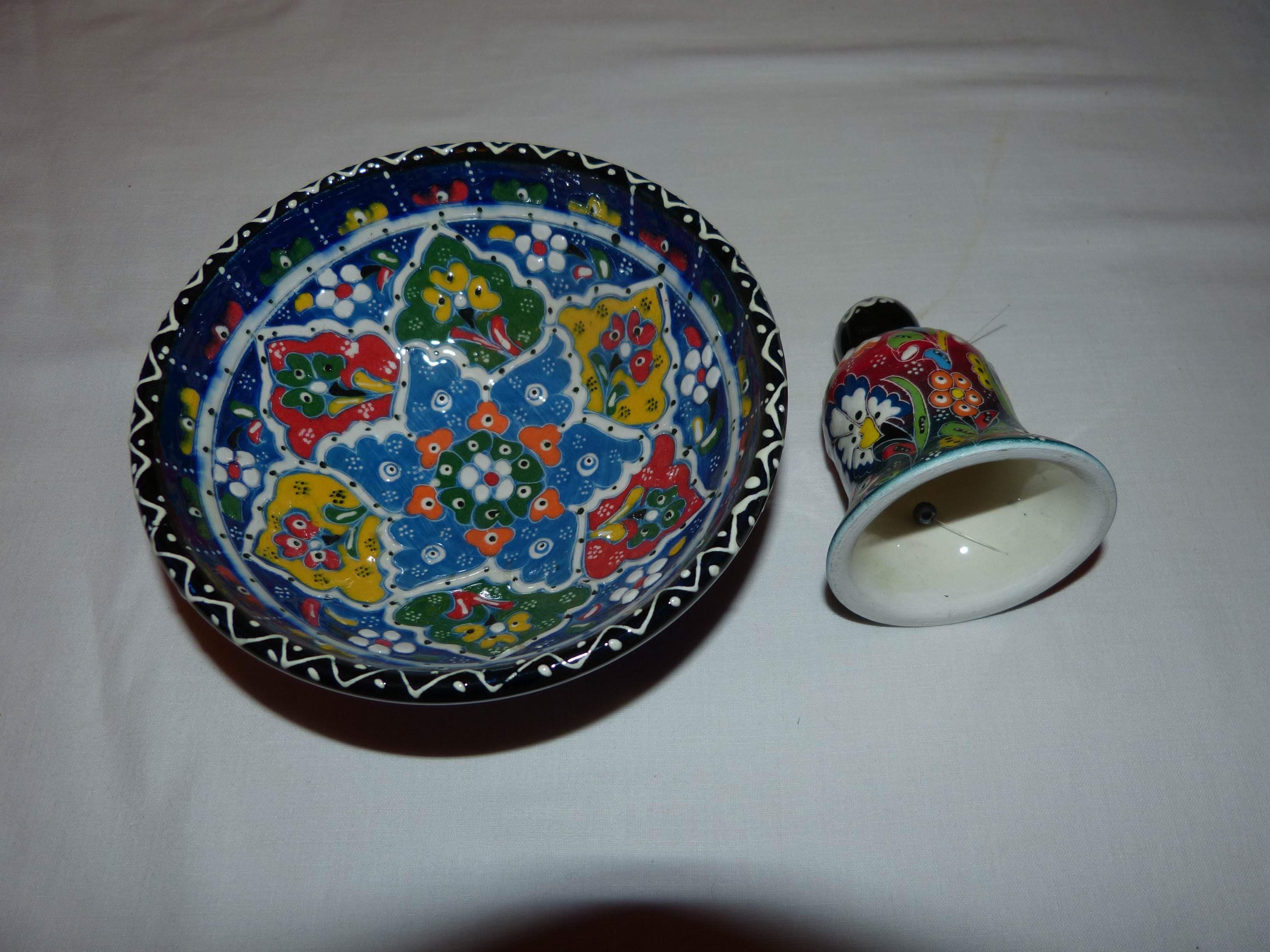 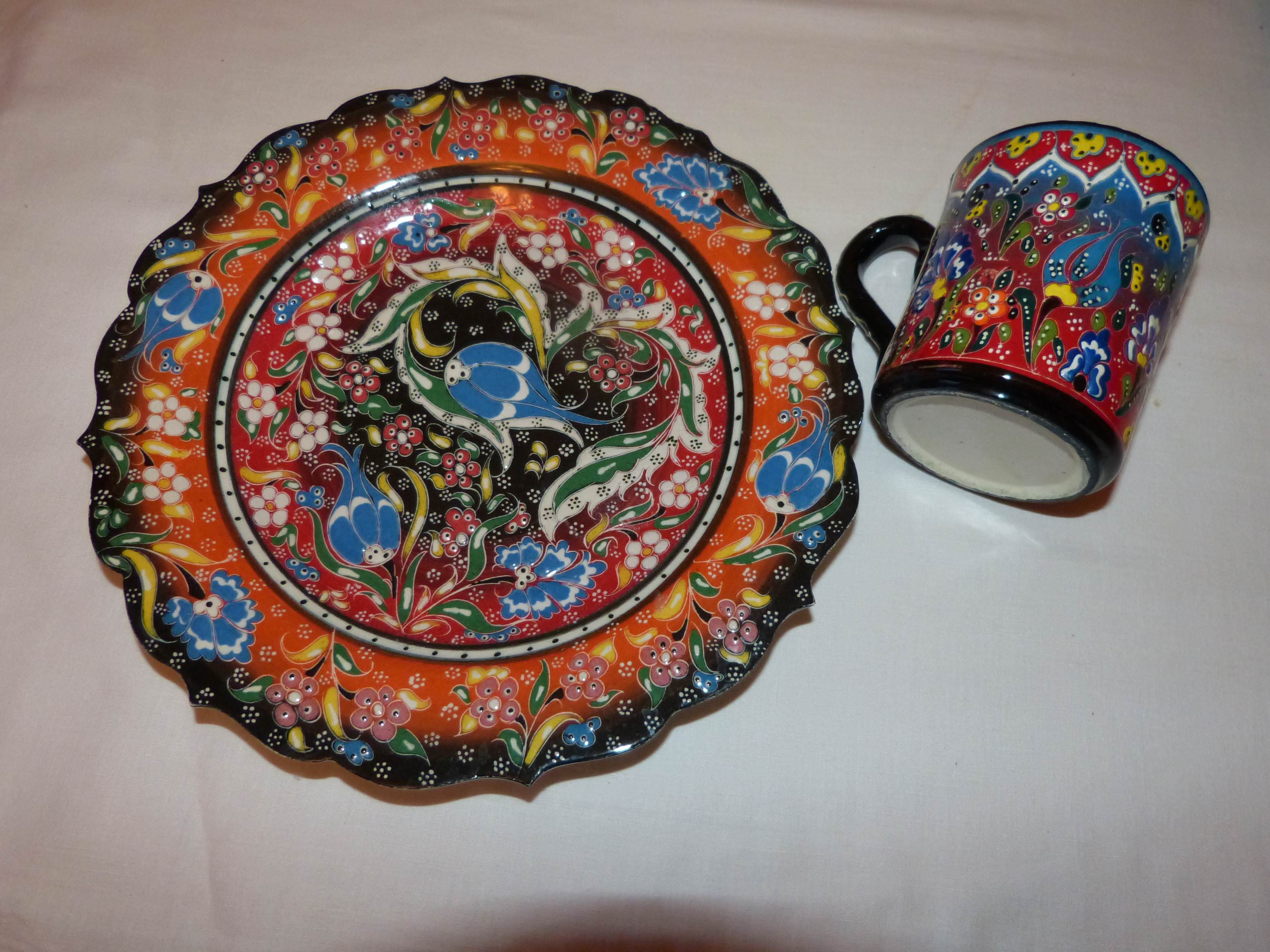 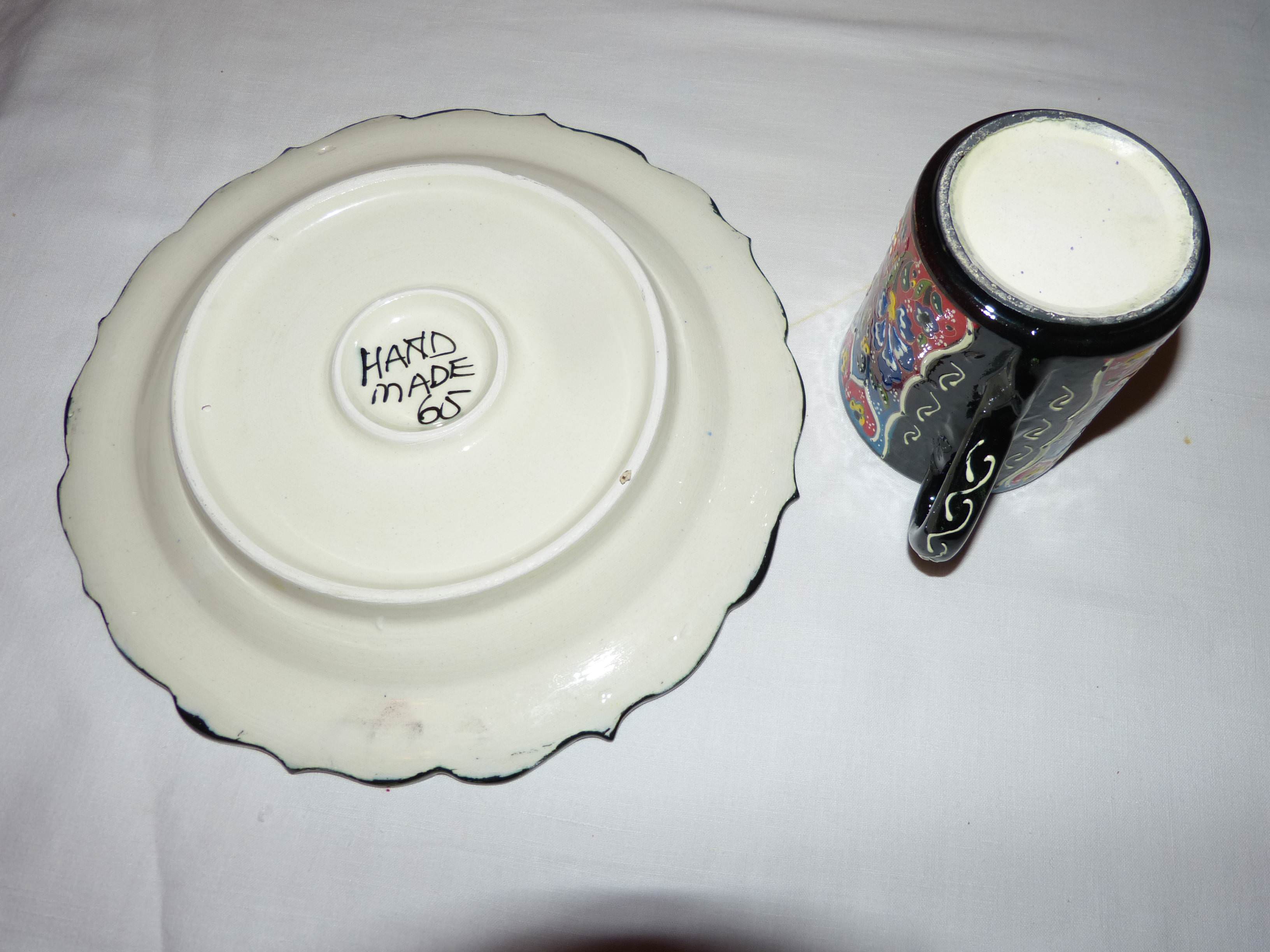 I liked them very much, but they were somewhat expensive (~Ōé¼20-30 for a big plate), so I bought several of them, not as much as I wanted. They bear no maker's mark of any kind (except for "Hand made 65" on one of them, shown on the photo above).

Later I saw them in one souvenir shop in my home city of Nizhny Novgorod, Russia (the shop specializes on `souvenirs from all over world'), but there were only a few of them and also expensive (approximately the same price).

Now I am on Cyprus, and here similar items are in each souvenir shop. Slightly cheaper, but not much cheaper.

After some googling, I find that this may be called Turkey Iznik ceramics (e.g., 1, 2), although Wikipedia page in Iznik pottery have no images of specifically this style, all images there are of a similar, but different style. I also remember finding some article on the Internet saying that Istanbul markets have a lot of such items for a really low prices, but I can not find that article now.

I will probably be in Istanbul next year, and was hoping that on some market I will find the same items, but much chaper than in souvenir shops, as the latter are always overpriced.

So, my questions are:

Note that I am not speaking about authenticity, originality or whatever, all I want is to buy quality items of such style; that is if the items of this style are produced in several places nowadays, I do not mind which of them is `original'. Also I am not interested in similar, but different styles such as shown in Wikipedia article on Iznik pottery, or Uzbek pottery etc.

Extra information: Since tulip and clove flowers are commonly used on Turkish ceramics, the plate on the second image is more recognizable for me.

Not the answer you're looking for? Browse other questions tagged turkey identify-this cyprus montenegro souvenirs or ask your own question.

12
Where is this Indian-style palace with a large pool?
8
Can I have medical treatment in Turkey with a tourist visa?
5
Where in Cyprus is this church located?
34
What are these huge ŌĆśfieldsŌĆÖ of light just north of Amsterdam?
7
What and where is this old-looking stone building?
10
What/where is this large building with flags?
16
What is the name of this kind of accommodation?
2
What is the Turkish village shown in this video?