Do I need a driving license for an electric bike in California?

You do not need a license for upto a Type-3 E-Bike. 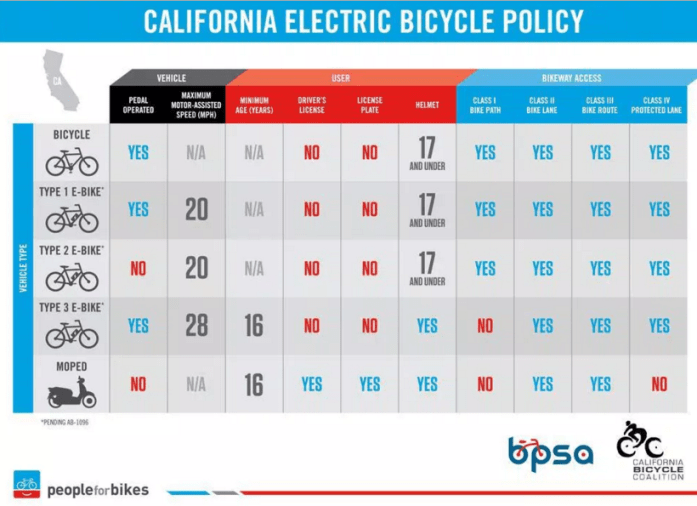 Then we have this matching information from calibike.org:

Mopeds and high-speed electric bikes are not like regular bikes. Gas-powered bicycles and type 3 electric bicycles (with top assisted speeds of 28 mph) may not be used on trails or bike paths or lanes unless allowed by local authorities. They may be used in bike lanes or separated bikeways adjacent to the roadway. CVC 21207.5 They require helmets and may not be operated by people under age 16.

Although that does not explicitly mention licensing requirements, it does say that low speed e-bikes are treated just like regular bikes, which implicitly suggests you don't need a license for them.

Not the answer you're looking for? Browse other questions tagged driving-licenses bicycles california or ask your own question.