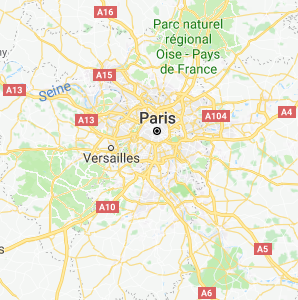 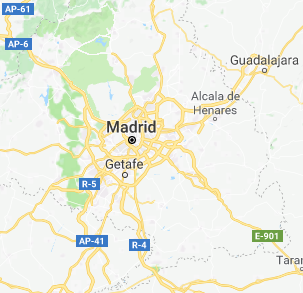 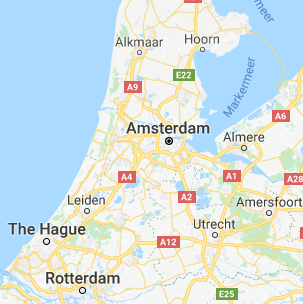 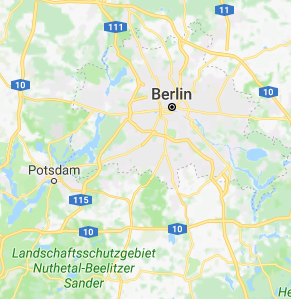 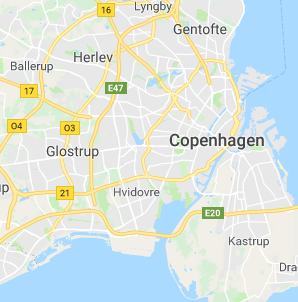 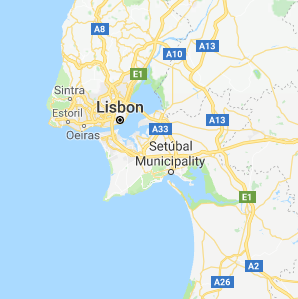 Is there a continent / EU wide road system, or do the roads simply change markings as one crosses the border?

In most countries, roads carry the European route designation beside national road numbers. Other countries like Belgium, Norway and Sweden have roads with exclusive European route signage (Examples: E 18 and E 6), while at the other end of the scale, British road signs do not show the routes at all. Denmark uses exclusive European routes, but uses also formal names for every motorway (or part of such), which the motorways are referred to, for instance in news and weather forecasts.

This is the map these international roads: 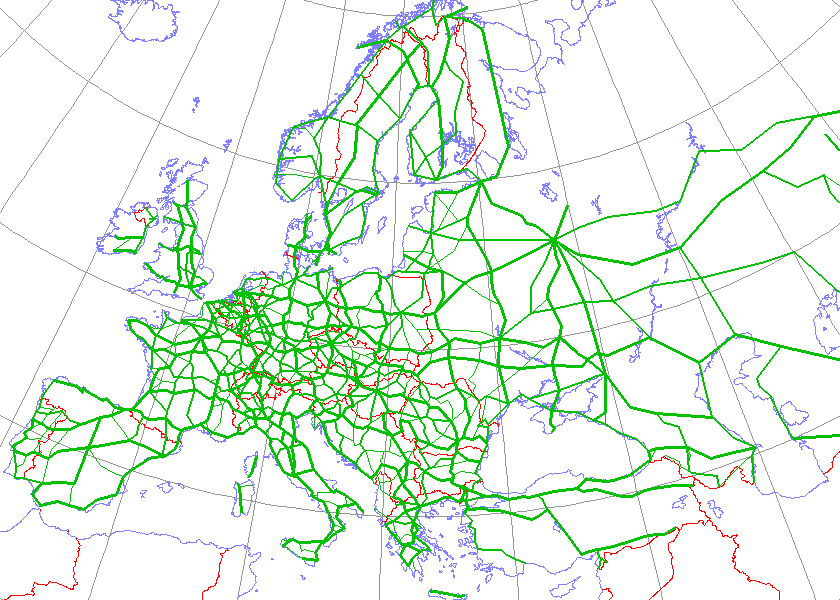 All other names (not green) are national, and these roads may or may not be part of European routes. For example, 10 on the German map is A10 is Bundesautobahn 10, different parts of which belong to E26, E30, E51 and E55.

Here is a nice example of three diferent name systems for one road: Dutch A77 becomes A57 in Germany but still remains E31:

PS. Germany does not "simply use" numbers. It's Google Maps who simply uses numbers for German roads. Every German road has a letter in its name: A for Autobahn, B for Bundesstraße (federal highway), L for Landesstraße (regional/state road) and K for Kreisstraße (district/county road).

Neusser gave a nice explanation about the European routes. As for the others: Yes, markings change at the border. Here's an example of the German-Austrian border near my place:

I picked this one because I definitely know that the motorway is not interrupted in any way, but I'm pretty sure it's the same all over Europe.

In France, road are usually named following the pattern LetterNumber. The number starts at 1, and the letter depends on the type of road.

Not the answer you're looking for? Browse other questions tagged transit driving eu or ask your own question.

8
Does driving 150 km from the Trans-Canada highway to Burgeo really take more than 3 hours?
73
Do I need a visa to transit (or layover) in the Schengen area?
10
Can I drive a Dutch friend's car in the Netherlands?
9
Road numbers' colors/shapes in Google Maps
13
Does a metric for road quality exist and are there maps showing it?
15
What's an “un-made up road” in terms of car hire insurance?
17
Why does Google Maps show a boat route as a European road?
4
Driving priority with a side road of different type surface
4
What happens if a French citizen does an international transit in Narita International Airport (NRT) but their outbound flight is canceled?