How does one get to Lake Vivi, at the geographical center in Russia?

In 2008 I went to Novosibirsk, Russia, for a solar eclipse. We were told at the time that The Chapel of Nikolai the Miracle Maker in town marks the geographical center of Russia. 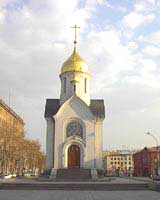 I also went back in 2011 on a trip across Russia on the train. Myth or out of date or whatever, it's apparently not true, and there's a monument on the shore of Lake Vivi indicating the true spot. 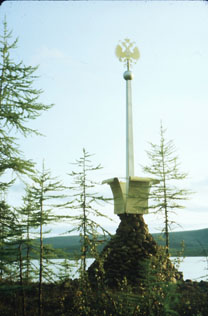 However, my interest now piqued, I can't find if it's even possible to visit this spot. It seems fairly far north of the standard train lines. Can one visit, or would it require a more substantial expedition to venture out into this region of Russia?

GMaps for the geographical center of Russian Federation: 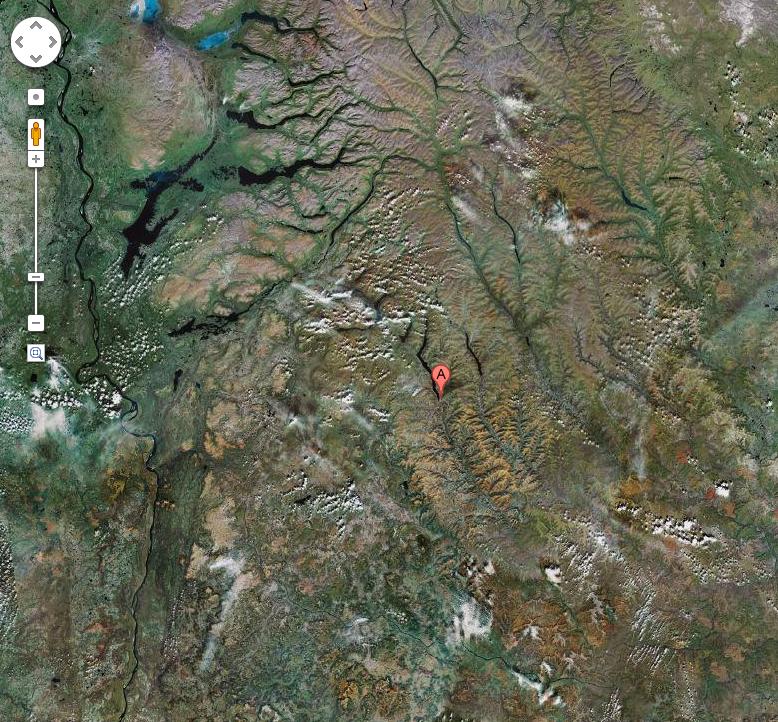 As you can see, this is a mountain located lake with no cities within many miles of it. Also this lake is on the Arctic Circle, and not very well explored by people. We don't even know the maximum depth of it.

Also you have to know that this region is seismically active - you can see trees at the bottom of the lake, which means the ground is still moving there. Weather here is also very unfriendly: down to -60°C, with snowfalls even in August.

In 2006 a small chapel was founded there: 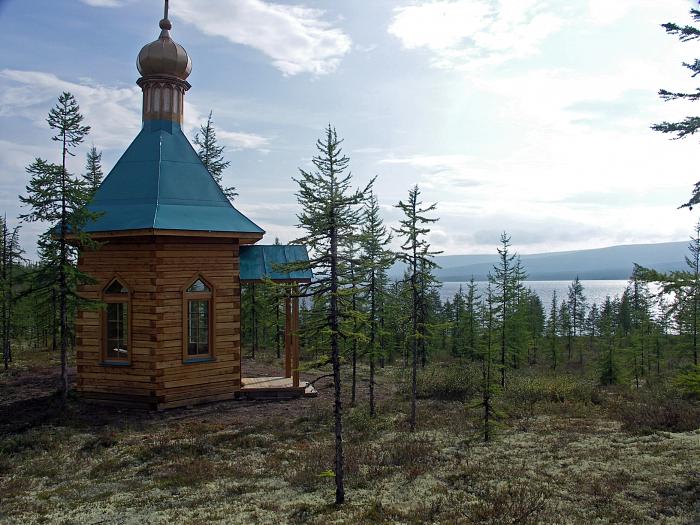 During its construction people and materials were transfered from Krasnoyarsk to Tura by plane (you can get there by NordStar Airlines), and after that to the lake by helicopter. 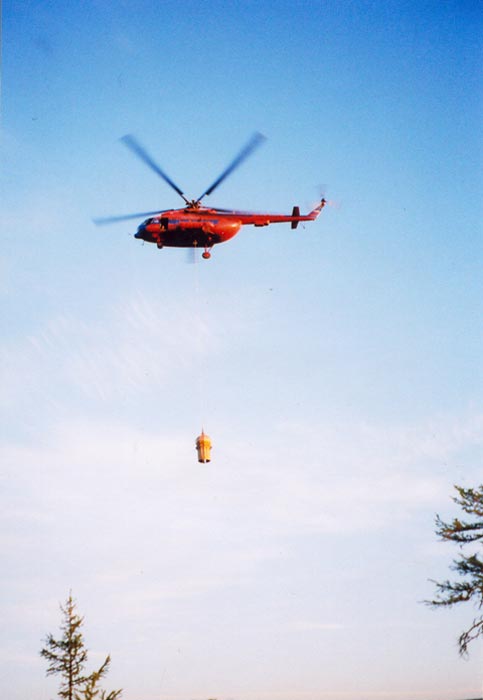 So you definitely need serious help from locals to get there. Here are some options for you: 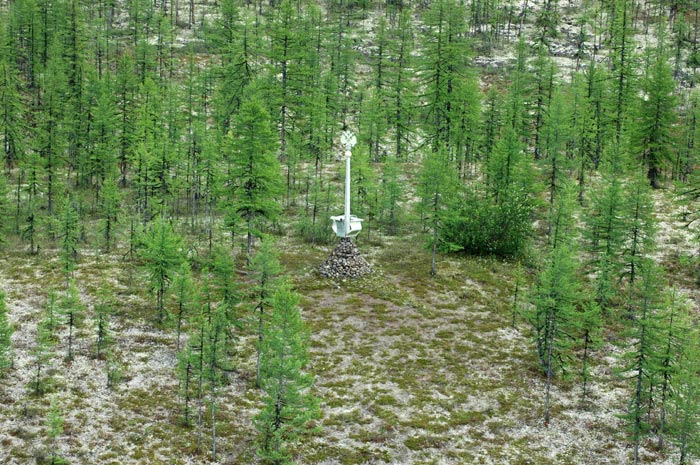 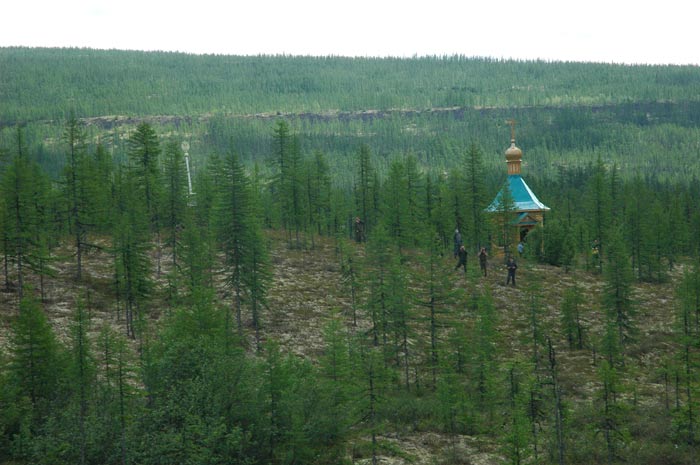 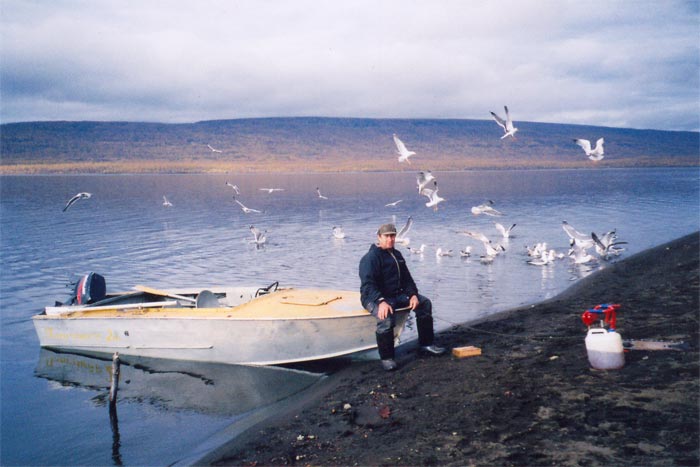 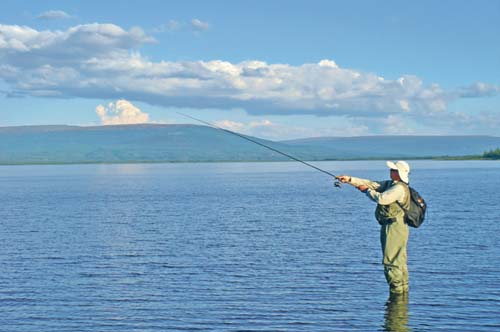 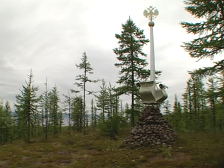 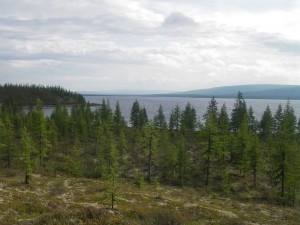 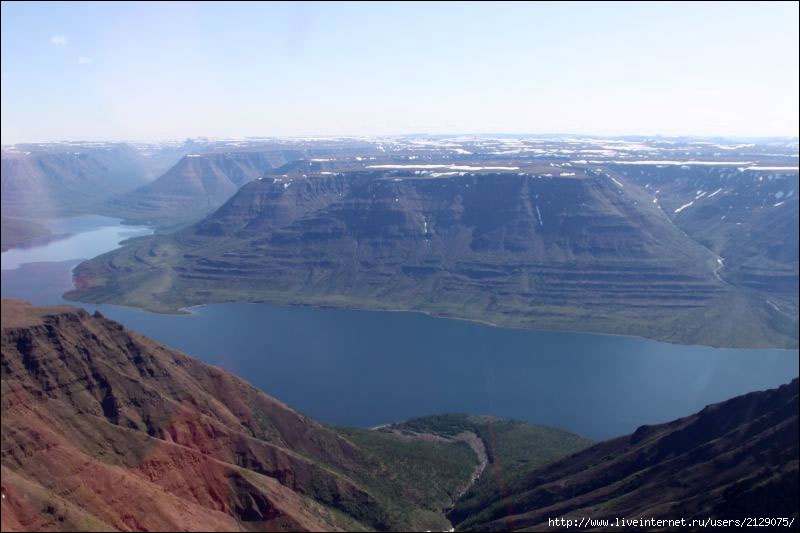 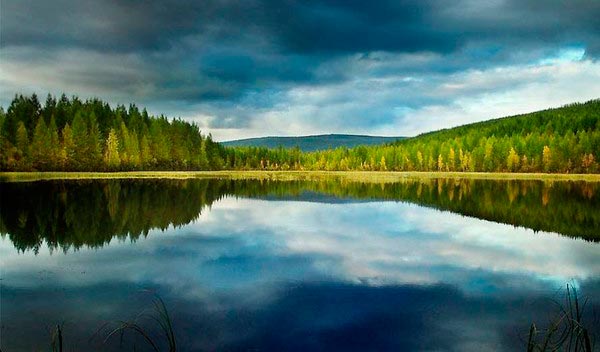 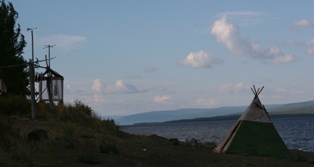 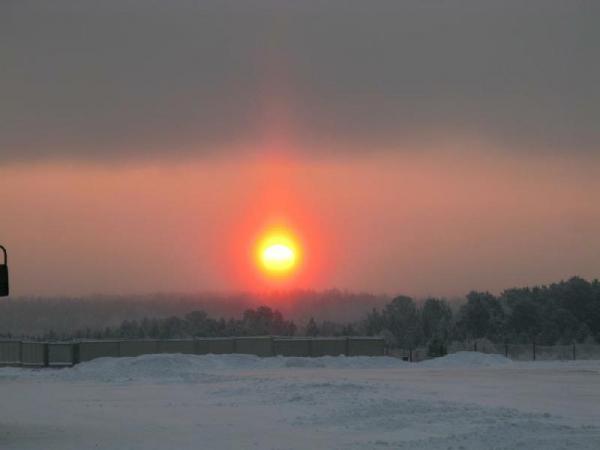 PS: funny site about "real" center of Russia not far from Novosibirsk. 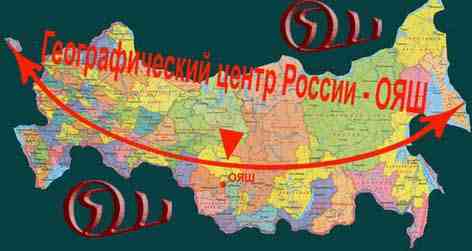 PPS: You were right, it's really in the middle of freaking nowhere.

This area is close to the Putorana plateau, "near" the city of Norilsk, and indeed not too far from the village of Turokhansk.

As a look at the topographic map shows, the area is full of rivers and hills. You might be able to get there by boat from Turokhansk, as mentioned in VMAtm's answer, but it's probably easiest to get there in winter.

January and February are very cold, but in March and April, it's not so cold; mean minimum temperatures around -20°C, and temperatures below -35°C might be rare, so it's not all that cold. So skiing might do it. It's less than 300 km from Turokhansk to this spot, and you might be able to get a taxi ride quite a bit into the area; Richard Löwerherz, when cycling in northeastern Europe and western Siberia in winter (in temperatures down to -50°C), seemed to be offered a ride by nearly every car passing by. Mind you, he wasn't cycling on roads; he was cycling on rivers. Given the extreme cold in the deep winter, there probably isn't too much snow. However, there don't seem to be official ice-roads maintained on the rivers, so I'm not sure if it's actually possible there. Skiing or snowmobiling, of course, is. If it's possible to cross Greenland and Antarctica, it's also possible to get to Lake Vivi. But it is an expedition.

But, I would recommend to dress properly if you're venturing on such an adventure!

Not the answer you're looking for? Browse other questions tagged transportation russia landmarks long-haul geography or ask your own question.

86
How can I visit Antarctica?
20
Overview (map) of Russian long-distance river regular passenger ships in regions too remote for roads or railways

22
How can I get an 'invitation' to Russia?
20
How does one visit a cult leader Vissarion?
21
How to reach the clearest lake in the world?
6
Where is the historical center of Tlalpan?
5
How to get to Singkil from lake Toba (Samosir island)?
26
How can one visit the Door To Hell?
5
What is the city center of Paris?
7
Do I need a visa to enter Russia if I have dual citizenship to two countries (one doesn't and other does)
3
How can I get from LYS airport to the city center of Lyon?