How would one get on "the next flight to X" at an airport in a family/business emergency?

As an expat with family at home, I'm dreading the inevitability of a panicked phone call from a relative at 2am demanding I come home quickly because something very bad has happened to someone I care about.

I'm aware that many airlines offer family-emergency or bereavement fares - but I noticed that these airlines' FAQs explain them in the context of the fare discount - there's no mention of last minute ticketing.

It's a trope in fiction for the protagonist to whistle for a cab to the airport, run to the ticket desk and demand "the next flight to France!" and 8 hours later he's saved his girlfriend from his high-school nemesis...

...but the problem is that I just can't find "the ticket desk" at any airport I've been to in recent years (Sea-Tac, Chicago O'Hare, Heathrow and Manchester) - instead each airline has their own ticket desk. If one is in a mad-panic and distraught I would expect one would not be able or willing to go up to each airline's ticket desk and ask if they can fit you on a flight to your intended destination. I've also noticed that those airlines desks are not always open all-hours, even though the airport might feature their flights departing 24/7.

Granted, an option exists to check on a site like Kayak or Expedia that would search all available flights from many airlines, but those sites don't work for ultra short-notice travel - especially if you might need to get a jump-seat ticket - indeed, I have heard of cases where even a cargo airline made accommodations for emergency passenger travel.

So imagine it's 2am, I get the call - I arrive at Sea-Tac airport in my pyjamas at 2:30am and I absolutely have to be at MAN as soon as possible - what do I do?

This is not really a problem. Unless regular flight operation is interrupted on your way, e.g. due to bad weather and many flights are cancelled, it is on most routes not difficult to get a ticket on very short notice. Business travellers are doing this all the time.

Most search engines and airline websites allow you to book tickets until shortly before departure. If you arrive tonight at 2:30am at Seattle-Tacoma and want to go to Manchester as soon as possible, the soonest arrival in MAN would be with a flight 8:30am with transfer in Atlanta, arriving in Manchester 7:00am next day. A much cheaper alternative would be a departure 6:55 with transfers in Boston and Dublin, arriving in Manchester 7:40am. These flights will still be available for booking tonight at 2:30am and you can find them on any arbitrary flight search engine.

If you don't want to bother finding a flight yourself on the internet and you have a certain idea which airline might have a suitable flight, most airlines have a 24h ticket hotline, which you can call to order a ticket.

To determine which plane leaves next 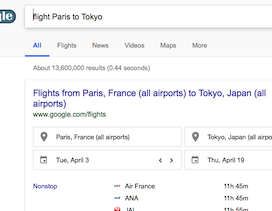 You will now know which airline you are going on.

Then to purchase the ticket

or if you prefer to pay in person

Note that these days, many folks don't even realize there's a "ticket sales desk", for each airline, at airports! Because it's little used these days.

Note that you mention:

This is wrong. I buy on the way to the airport all the time.

They don't have those anymore.

If you are trying to get stand-by seats or similar - very simply phone the airline. Again, use expedia on your phone to determine "who's leaving next".

Then I'd compare this cost with the cheapest flight I could find on skyscanner (returns are often cheaper than one-way). In the BA case it's several thousand $ for the same flight.

Not the answer you're looking for? Browse other questions tagged tickets airports or ask your own question.

13
55-floors residential blocks next to the airport
2
Can my family claim my baggage at the airport if I miss my transit flight?
7
When taking a multi-segment flight, is it guaranteed that you would get all boarding passes at the first airport?
9
How do airport currency exchange windows stay in business?
9
What would happen if an airport would be closed days before returning flight?
0
How can I get notified when a flight between from a given airport to a given country becomes available within the next n days?