Last November my friend and I got invited to attend an on-site interview for a big tech company in London, and we were both refused a visa for different reasons.

The company was going to support our travel, which was stated in our invitation letters as follows:

[Company] guarantees that [Name] will have adequate funds in his possession, as well as return transportation.

They also gave us itineraries that include flight tickets and confirmed hotel bookings, which we provided with the application. We also provided our fathers' bank statements with enough balance and stable monthly salary transfers, and we provided statements from our universities that we are students that are enrolled in the current running semester.

I was refused, as follows: 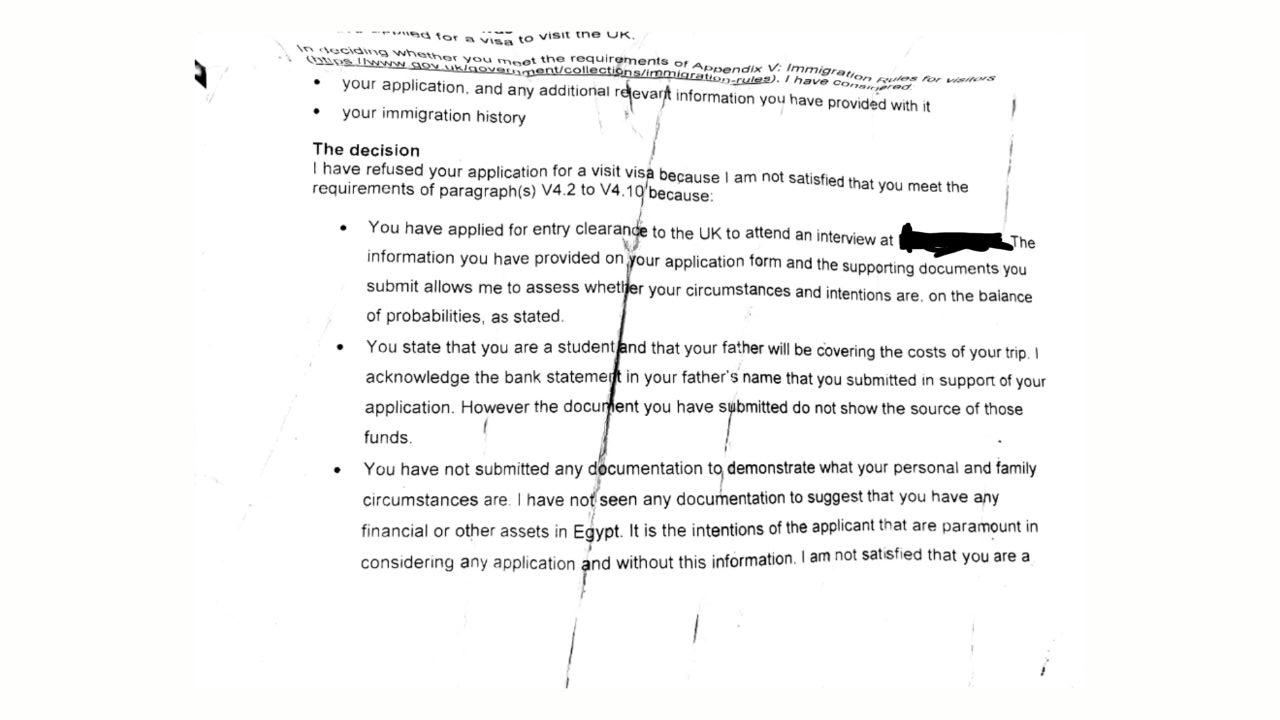 I didn't provide a source of funds (HR letter) for my father's salary that is showing on the bank statement, so this explains the first point. However, the other points don't make sense whatsoever because I am still a student and in Egypt, most students live with their parents and are supported by them, which doesn't make sense why they expect me to have my own financial assets in Egypt.

I plan to reapply again to attend another interview for the same company, but this time I am providing a letter from my father stating that he supports my living and will support my expenses there for the two days of my visit, my birth certificate with my father's name, an HR letter from my father's work and the contract of the current apartment my father owns which we have lived in for the last 12 years.

Will this be enough to satisfy the ECO? Also, should I write that I take allowance from my father, knowing that I can't really demonstrate this in whatever ways the ECO looks for other than mention it in the statement my father will sign.

I provided 3 bank statements. The first account has a part of the salary transferred to it every month in USD and this part is withdrawn normally. The second account has the EGP part of the salary transferred to it, along with some instalment payments for a loan and credit card payments. The third account has the amount of the loan in it since 6 months with some small withdraws, the deposit of the amount of the loan is annotated as Internal Transfer, and on the second account the same amount is annotated as Loan, and then the transfer operation is shown.

With the addition of the refusal notice, I took the liberty of editing your question, for clarity, correcting the terminology (refused, not denied, per UKVI usage). Also, it’s impossible to respond to your friend’s circumstances. While you both applied, and for the same reason, you cannot place two applications side-by-side, and draw the conclusions as you are. Applications are assessed on a first-principles basis; while both were refused and, perhaps, for similar reasons, it’s impossible to offer a cogent response here.

Yes, you are correct, the UKVI does often cite specific paragraphs of the Immigration Rules and, when it doesn’t, it suggests considerable issues overall.

V 4.2 Genuine intention to visit: "It is the intentions of the application that are paramount…. " What you provided, and what may have been missing, failed to convince the ECO, full stop.

The refusal suggests concerns under sections V 4.3 and V 4.4. When funds, maintenance and accommodation is provided by a third party, you have to present solid evidence that there is a genuine relationship (in this case, professional) and a valid written undertaking.

Ascertain whether the company with which you would interview has has a sponsor license and is in good standing with UKVI. You can do this at the register of licensed sponsors: workers. The document lists Tier 2 and 5 sponsors, the category of workers it’s licensed to sponsor, and it’s sponsorship rating. This is essential to your premise for entering the UK, and the ECO will verify the organisation’s standing (and may have done so in your recent application).

Your premise for entering the UK was not believed: citing all the additional sections simply highlights the failure to satisfy the ECO, pointing to potential visa violations (work, study, access healthcare or marry).

Without agonizing over each of those, and arguing that was not what you intended, it would be better to attend to the shortcomings.

Be patient as you go, as you would not want to invite a second refusal, particularly if you wish to work and live in the UK. This additional TSE canonical on supporting documents may help.

As noted, I did edit out the bits regarding your friend's refusal as it isn't relevant to yours. Rather, it is a separate question, but may be satisfied by the above, as well as the discussion found in the TSE canonical: UK visa refusal on V 4.2 a + c (and sometimes 'e').

128
Should I submit bank statements when applying for a UK Visa? What do they say about me?
69
UK visa refusal on V 4.2 a + c (and sometimes 'e')
9
What supporting documents should I include in my UK visa application?