Need to travel to UK to retake an exam but my visa application was refused; what are my options? 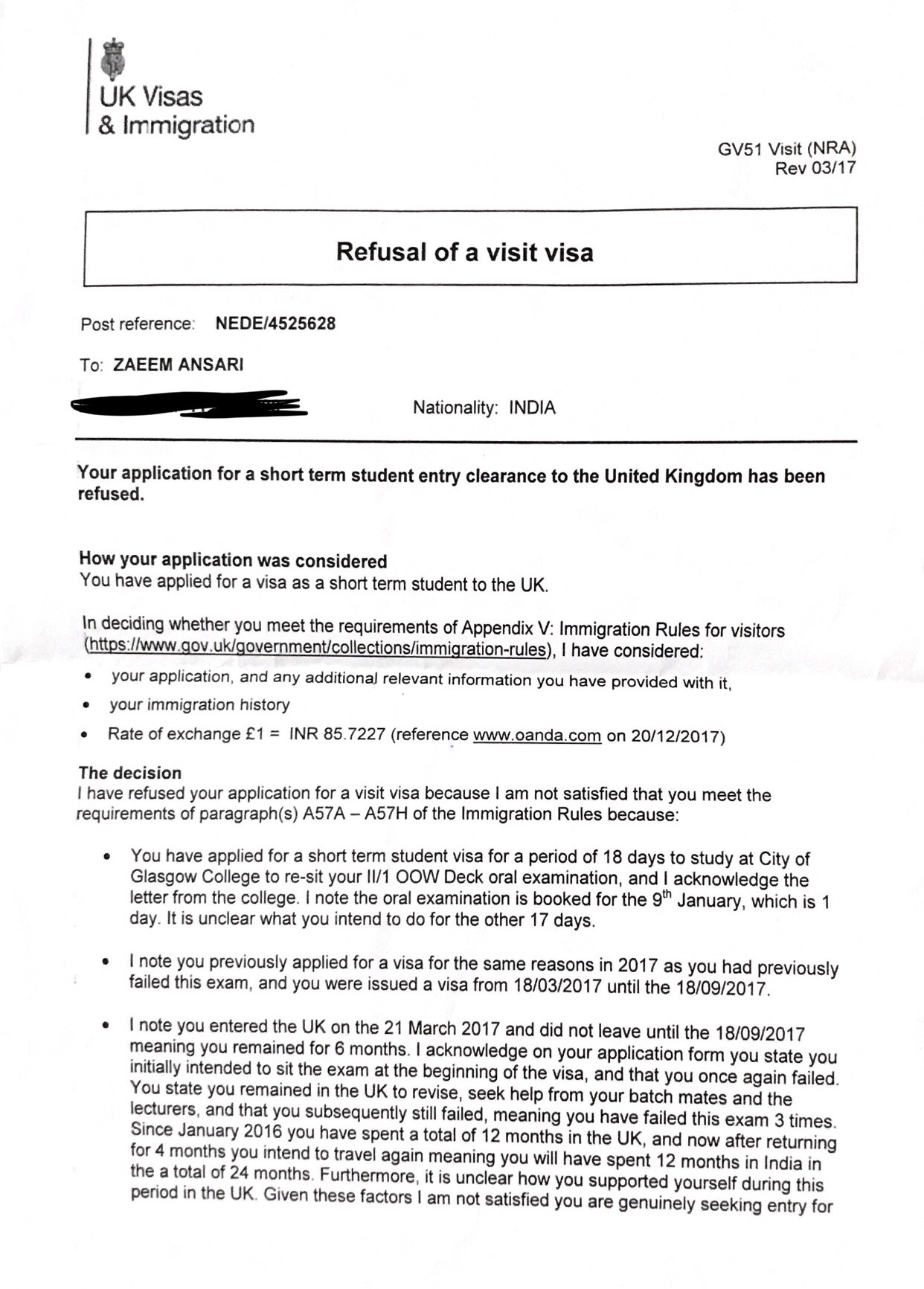 I am in the merchant navy and I did my naval in Scotland at a UK college which is part of the Maritime and Coastguard Agency. To advance my career, I need to pass one oral exam conducted by the Maritime and Coastguard Agency. I have appeared for this exam three times and, unfortunately, haven't been able to pass it. It’s a one-day exam for which I am seeking another visa to the UK. They have refused my visa application, stating that during my last visit I failed the exam twice and they want to know how I funded myself during my stay in UK.

I stayed there for 5 months 28 days as, once you fail the exam, it takes around 2-3 months to apply again. I did that and I have evidence to support my statement. This exam is of the utmost importance for my career.

The ECO is reasonably polite about it, but he thinks you were working illegally during your last visit to the UK, and that you're going to do that again if you get a new visa. It is hard to fault him.

Your story seems to be that when you failed the exam previously, you just happened to have enough money saved up that you could decide to stay in the UK and study for half a year without any income. How did you pay for food and shelter during that period? Apparently you didn't offer any explanation of where all that money came from, so the ECO is entitled to consider it the most likely explanation that you instead worked illegally to support yourself.

Furthermore, even if you did have that kind of money sitting around, it would have been plenty to pay for airfare back to India, where the cost of living is much lower and you could have lived like a prince while studying, with plenty left over for fun (or retirement savings, depending on your temperament).

What do you do now? You can reapply, if you have a really good and documentable explanation that will clear up the credibility hit your previous change of plans produced. At the very least, this explanation should detail why you found it reasonable to stay in the UK, where you lived, how you paid for yourself, most importantly where that money came from (and if the money was given to you by someone, why they would give you that money and where they got it from), as well as all the other minor things the ECO wonders about, such as why you plan a 17-day visit to take a 1-day exam. You'll probably also need to provide some evidence that it is common to do nothing but study for this exam for months and months (especially, since study would be all you did for half a year, if you did not work) and yet fail it multiple times but eventually pass.

It can be difficult for inexperienced applicants to lay out such an explanation in a way that looks convincing to an ECO. You should consider getting professional legal help with it -- meaning a lawyer who specializes in UK immigration cases. That's going to cost you a pretty penny, but if you have the means to live in the UK for half a year without working, it may be a way forward for you.

If your new application is also refused, you should probably accept that you're not getting back into the UK. Scrap your plans and find a career that doesn't depend on needing to do that.

You almost certainly need a lawyer with specialist knowledge.

Also ask if your employer can help. You need to address each of the points the visa office raised.

If it takes 2-3 months to apply again after failing, explain to them why you stayed for almost 6 months. This is important because when you apply for a visa and tell them you're staying just long enough for the exam and then stay much longer it makes you look untrustworthy.

You must certainly explain how you funded your stay in the UK. At the moment they likely think you were working illegally.

Finally, you may still get rejected for a while because they also think you are spending so much time in UK that you will try to become a resident.

I don't know anything about shipping but is there really no other way to qualify than to pass a UK exam?

You don't make any mention of how you are addressing the concerns raised by response:

-You are asking for 18 days to complete a task that should take 1 day.

-You previously overstayed a visa, with no explanation for how you supported yourself.

-You present as an excuse for overstaying your visa that you failed your exam, and rather than applying for another visa, you decided to just stick around until the next exam date. You present no reason for the immigration official to think that will not happen again.

Do you plan on just hanging around the UK hoping to pass the exam? Now that you've failed it three times, what reason do you think you will pass it this time? Why are you asking for 18 days? How did you support yourself for six months? You options are to answer these questions to the immigration official's satisfaction, ask the college to allow alternative arrangements, or pursue another career path.

You are going to have to prove you're not going to abuse the system again. You may even have to hire an attorney to prove it sufficiently. Prove you have the income to support yourself.

Provide a complete 18-day itinerary, or change it back to 3 days (1 day to get there, 1 day for the test, and leave the next day). If you really intent to stay 3 more months to re-take the test state that. Here's proof I have enough money for the additional 3 months.

If it turns out you did work, that was illegal and they may never let you back in.

40
I have been denied a visa several times in a row. How does one deal with such serial refusals?