I'm planning a trip that involves an int'l-to-int'l overnight transit at Beijing Capital Airport T3, arriving around 22:00 and leaving the next morning at 05:30 (yes, ouch). I'd like to crash somewhere within the airport if possible for as many as possible for those hours.

The only airside option in T3 I can find is the "hourly lounge" (北京首都机场T3E商务计时休息室), whose official site is perma-down in both English and Chinese, but which appears to be more of a hotel than a lounge and charges a minimum of ¥880 for the cheapest single room on third-party sites like Ctrip. That's US$133, which seems kinda steep. All other lounges appear to close for the night.

What other options are there in the immediate vicinity? Or should I just bite the bullet and pay the price for the overnight lounge to maximize my sleep and minimize the hassle of going through Immigration etc?

If you are willing to pay this much, get a room at the Langham Place Beijing Capital Airport hotel. You will end up paying about the same... You'll have to pass through immigration, of course, but the few hours of sleep you'll get will be much more comfortable.

There's also a Hilton, but I seem to remember it's more expensive.

Overdue self-answer: in the end, I was unable to find any other alternative, so I bit the bullet and booked the "transit to lounge". Despite the price this was the right call, since the night I passed through it was full and several people pleading for a room were turned away. 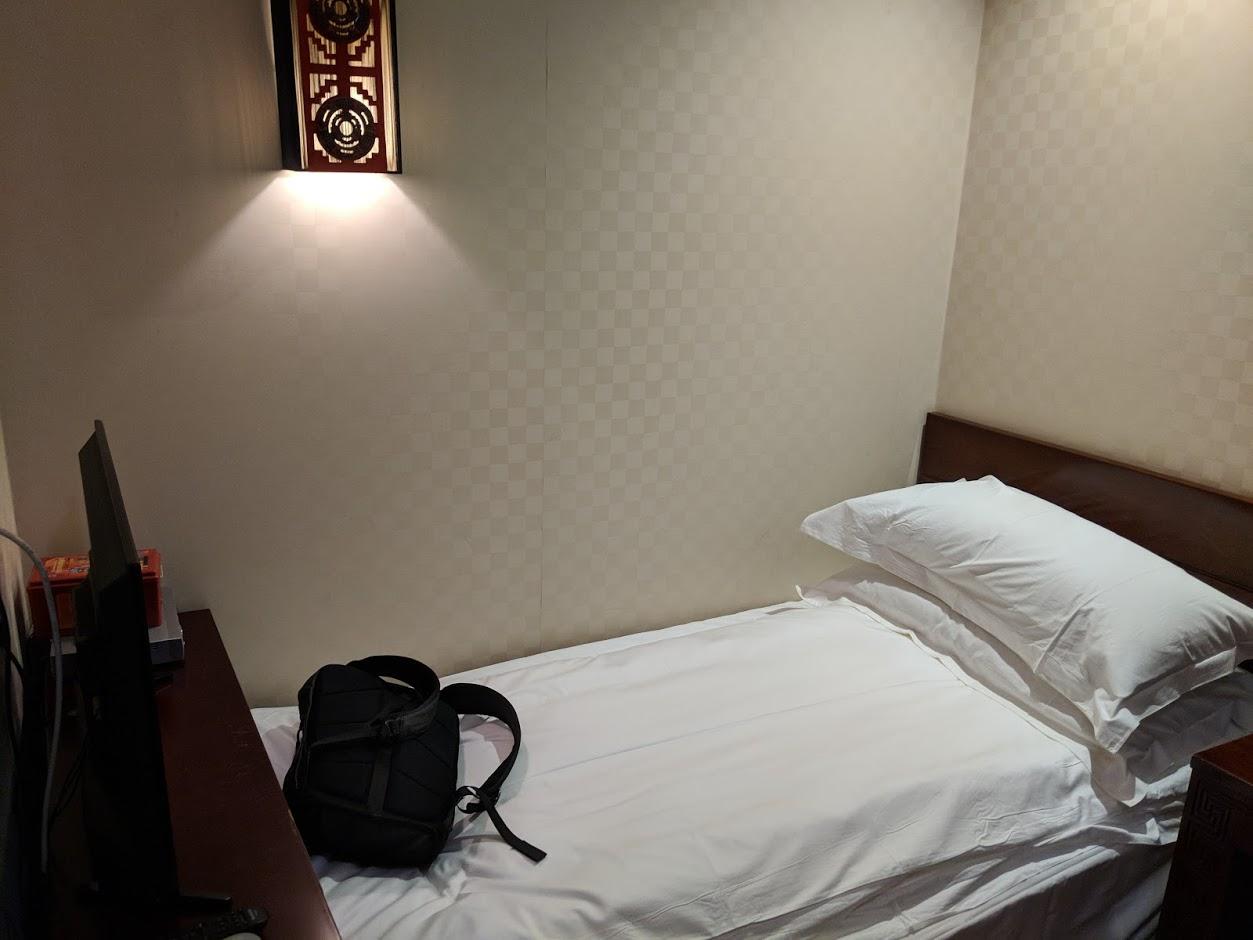 (room at lounge, picture by me)

That said, it was pretty much what you'd expect from a captive monopoly: the rooms were tiny, toilets and showers were down the hall, it was rather noisy due to the parade of people marching in and out and there was no way to block light filtering in from the corridor. Add in spending the better part of two hours getting through transit immigration, and I only ended up sleeping maybe 2-3 hours max despite earplugs & eye mask.

One small unexpected bonus: basic meals are included, although outside hours (eg. 4:30am) there's no hot food available, meaning you only get packaged junk food and juice boxes.

Not the answer you're looking for? Browse other questions tagged transit hotels beijing pek or ask your own question.