How to prevent people from reading what's on my phone when I'm on public transportation with them?

This is inspired by a question on IPS:

I have a habit of checking my messages, call data or Stack Exchange stuff that I missed and other social media stuff while I'm traveling using public transportation. Sometimes, while I'm doing this, I'll notice that one of the passengers who are sitting beside me or standing behind me are secretly watching what I'm doing on my phone. I find this situation so uncomfortable that I may have to stop chatting with friends or close the website I'm using.

How can I prevent bystanders in public transportation from staring at my mobile phone? 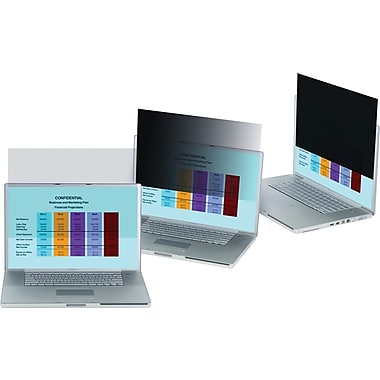 It works by severely reducing the viewing angle of the screen, so that it's only readable by the user who's right in front of it. For example, here's how it looks on an iPhone.

Unless you value privacy above anything else, I suggest you get a detachable model or a phone pocket with a privacy filter built into it. That way, you can still share something on your phone with people around you when you intend to.

In addition to the privacy screen suggested in the other answer, there's a couple of strategies I use for this:

One aspect that I feel is important (and which has been addressed in a couple of answers on IPS) is that the person might not be doing it on purpose. As I often have to stand on crammed trains, sometimes the most appropriate place to look at is somebody's screen. Or I might just be staring into space.

As a not so serious side note, I read this article about a new software switching to the camera and showing the person puking rainbows every time somebody peeks on your phone, that should work very well if it's every a real product.

For all those people who don't have a privacy screen filter and do not find the "solution" to put the phone away acceptable:

Near the entrance it is very easy to see the phone from the window seat. The only exception is that there is an opaque screen behind you, in this case F changes to A, the seat is ok. Hold your phone so that the angle between window pane and screen is less than 45° and hold it also upright, this prevents reflections and being angled prevents that your direct neighbor can see it. Because the neighbor behind you sits normally with the head in the opposite direction, it would be very conspicous and rude if he tries to change his orientation on the seat to watch your screen (Exceptions are children, they are insatiably curious and often sit inverted, but in this case I normally don't mind if they are watching).

If you on the other hand are standing, you need a jacket. Put the phone against the inside of your jacket like if you are putting your wallet in and view it by glancing downwards and sideways. Disadvantage: It is a quite unnatural position, so the people who watched you see that you are hiding your phone and the people who did not watch you see only that you are hiding something in your jacket. So I recommend that only if an asshole does not stop trying to watch the screen despite being noticed by you and other people.

Not the answer you're looking for? Browse other questions tagged public-transport privacy or ask your own question.