Ask Question
Asked 10 years, 6 months ago
Active 2 years, 4 months ago
Viewed 505 times
11
Closed. This question is opinion-based. It is not currently accepting answers.

My wife and I are planning an "adventure" honeymoon to South East Asia in February 2012. We have our eye currently on Angkor Wat (Siem Reap, Cambodia). Our honeymoon will be for 2 weeks and we are interested to hear what other places in the surrounding area that are recommended as we know Angkor Wat will not take 2 weeks to see. We are up for taking a short flight or bus and crossing into other countries. We like hiking, jungle tours, seeing animals, beaches, and seeing interesting "old" things such as temples and ruins. We're not fans of big cities and night clubbing/partying. We are both seasoned travellers. Any suggestions or small "hidden gems" would be highly appreciated!

Two weeks is a decent amount of time to explore Cambodia. Here are a couple of my recommendations:

I'm not sure which airport you're flying in to - probably Phnom Penh? There isn't much of 'undiscovered' stuff to do in PP, and it's a fairly bustling city by Cambodian standards. The problem mostly is that the places I mentioned above often don't have direct bus connections that you can take, and everything interchanges at PP (the major bus operator is PP Sorya Transport). So you might find yourself having to go back, although most bus journeys are no longer than 6-10 hours long.

One bit that I really want to do was cross overland into Laos from Cambodia and travel further up to Vientiane. Actually, I was more interested in the Si Phan Don ('Four Thousand Islands', although I don't think there are precisely that many in reality :D ) which I've heard is a very laid back and beautiful place to relax in. I couldn't seem to any bus operators for that bit though (very surprised by that! I was told I need to go back to PP and catch a bus from there instead) but for two weeks, it's a less touristy place and you might like it. Also, apparently, they had stopped issuing visas on arrival at the land border; if so, you'll need to get a visa in advance, which you can at Phnom Penh.

While in Seam Reap I'd also recommend going on a boat trip on the Tonlé Sap lake to see the floating villages. As Ankur suggests you can hire a tuk-tuk driver for the day for like $15. We hired one who drove us to the lake (which was an adventure in itself down a crazy mud/clay road) and came with us on the boat trip. It lasted a few hours and was quite cheap (can't remember exactly maybe $5-10 each). Whilst on the trip, young children come aboard pirate style offering to let you hold their pet snakes for $1 - very surreal but awesome! On the edge of the lake there is also a large hill called Phnom Krom. There is a temple at the top, but the main attraction is the spectacular view of the lake.

Below are some pics. 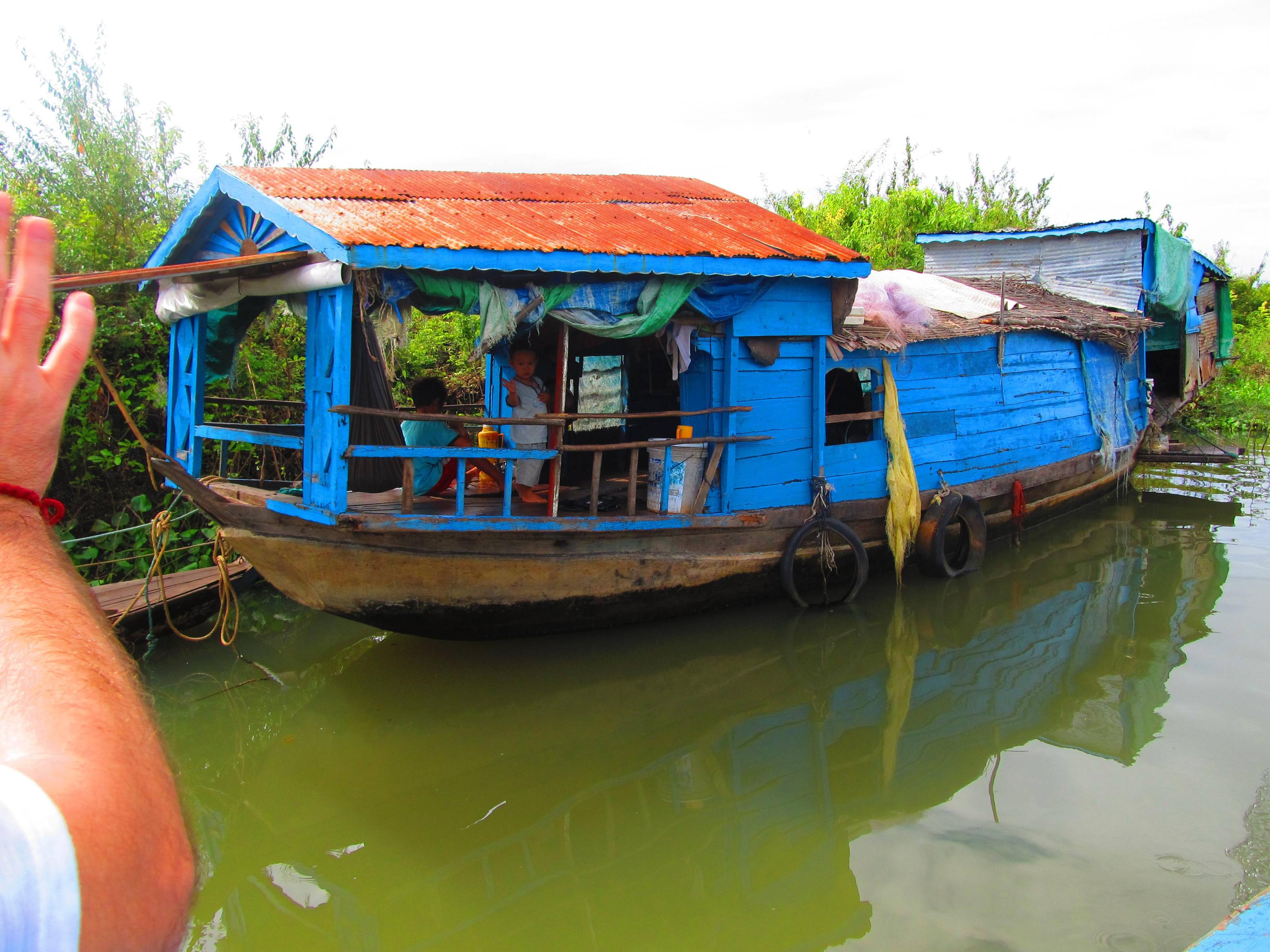 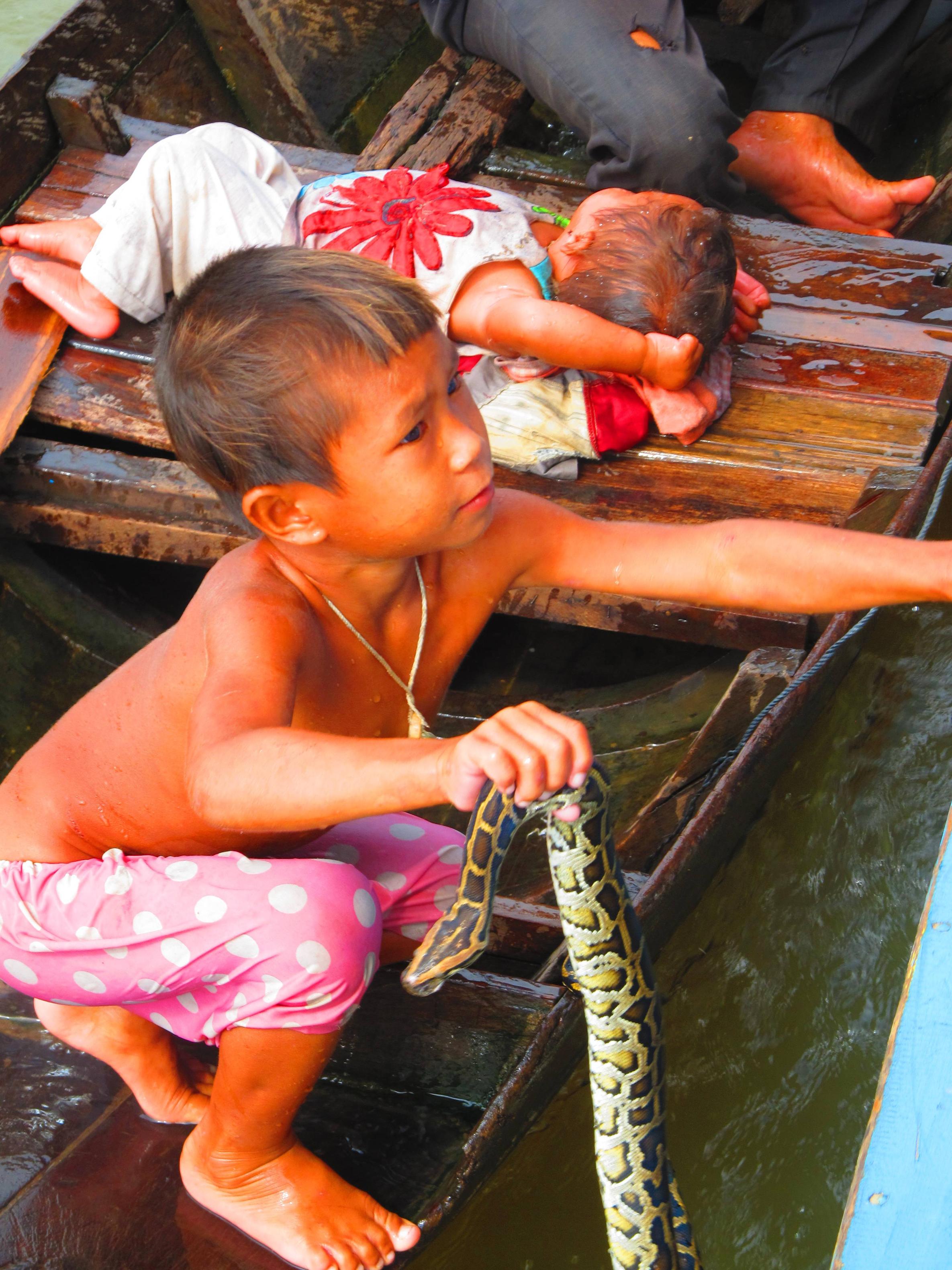 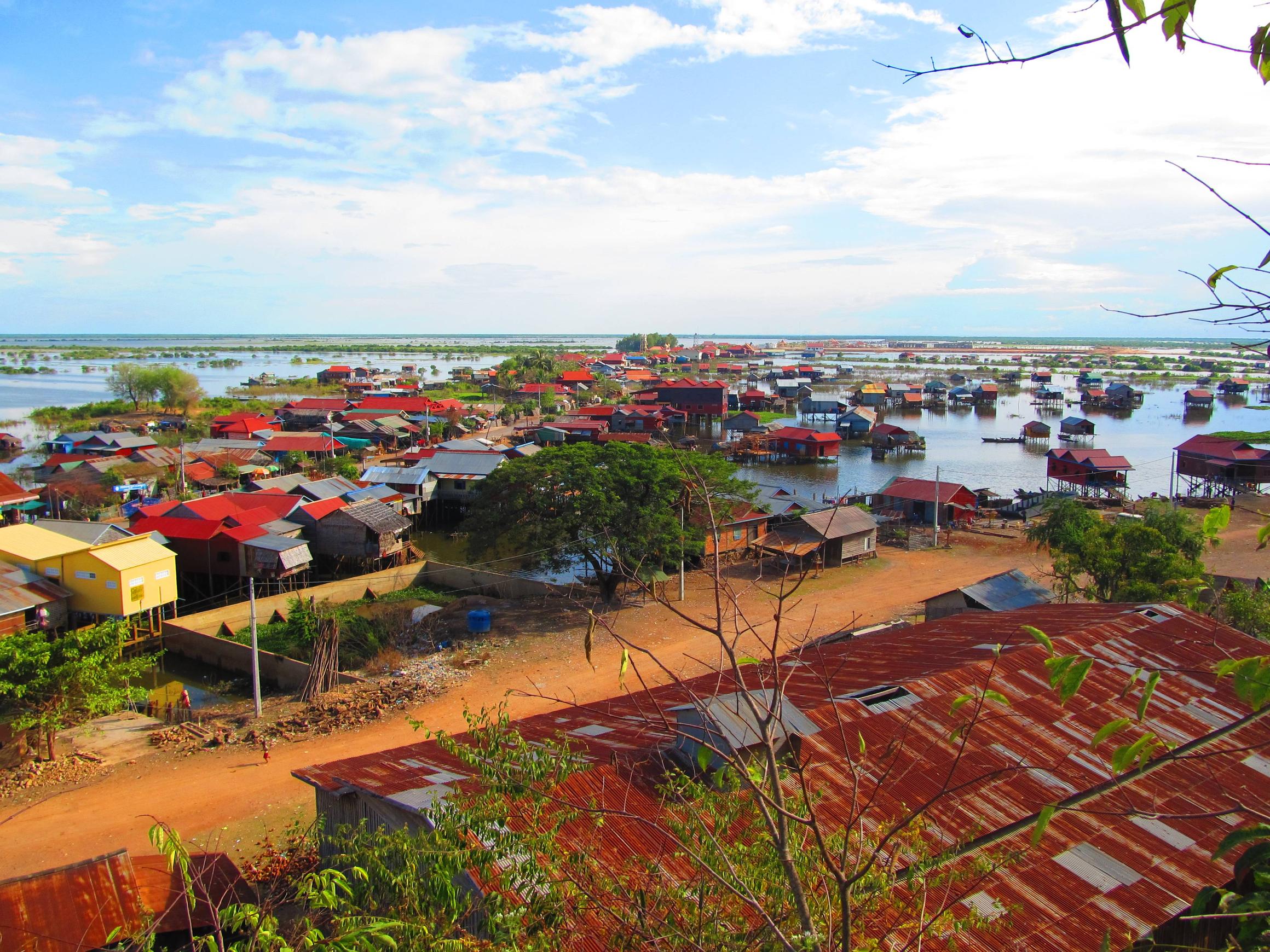 Not the answer you're looking for? Browse other questions tagged recommendations destinations adventure cambodia siem-reap or ask your own question.

8
Top destinations in Southern Laos and how to get there from Cambodia?
10
Is it possible to go directly from Siem Reap to Vientiane over land?