Is there a portable version of child car seats that is small enough to carry in a bag?

Assuming one wants to travel with their child in a car but doesn't want to lug around a full-sized child seat or rely on taxi/rental companies having one, is there a portable solution that is small enough to put in a carry on? And if so, how safe is it compared to a normal car seat?

Yes, such a product now exists, called Mifold. Instead of raising the child up it holds the safety belt down, achieving the same effect: 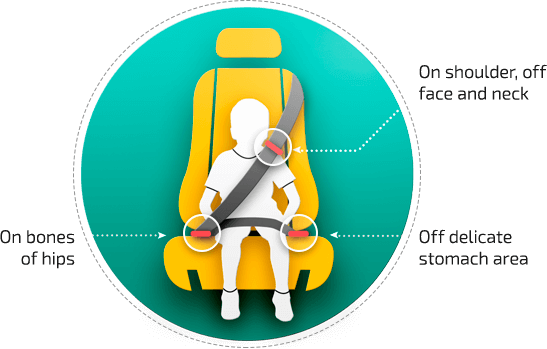 The company claims that their seats are certified for EU, Canada and US standards for child safety seats. The General German Automobile Club (ADAC) has tested the seats independently and concluded that:

The mifold Grab-and-Go can be used for children from 15 kg to 36 kg and is approved to UN ECE Reg. 44/04. As the ADAC has learned, this seat is a second seat that should only be used if a regular child seat with back support is not available. Furthermore, it is important for the manufacturer to point out that the mifold Grab-and-Go may not be used for children under the age of 4, regardless of their weight. The child does not sit - as on a classic booster seat - raised by a few inches, but on a very flat, collapsible surface. Pelvic and shoulder straps are pulled down by the guides attached to the pad.

NB: I am not associated with Mifold in any way, nor did I actually use their products myself

Not the answer you're looking for? Browse other questions tagged driving child-safety-seats or ask your own question.

11
Can I carry on/check in a child's car seat for free for a flight?
6
Car rental with baby seats: is it better to carry seats or rent seats?
10
Cab company in Boston with child car seats?
5
Car Seats in Saudi Arabia
11
How can one use a child car seat that requires a top tether in an airplane?
2
Global taxi service with child seats
10
Using child car seats in Cuba?