I found some pocket tools that contains some sharp part for cutting seat belt I think, as TSA said no sharp thing are allowed on-bag but the belt cutter isn't something that can harm other, isn't it?

So can we bring pocket tool that contains belt cutter on-bag? 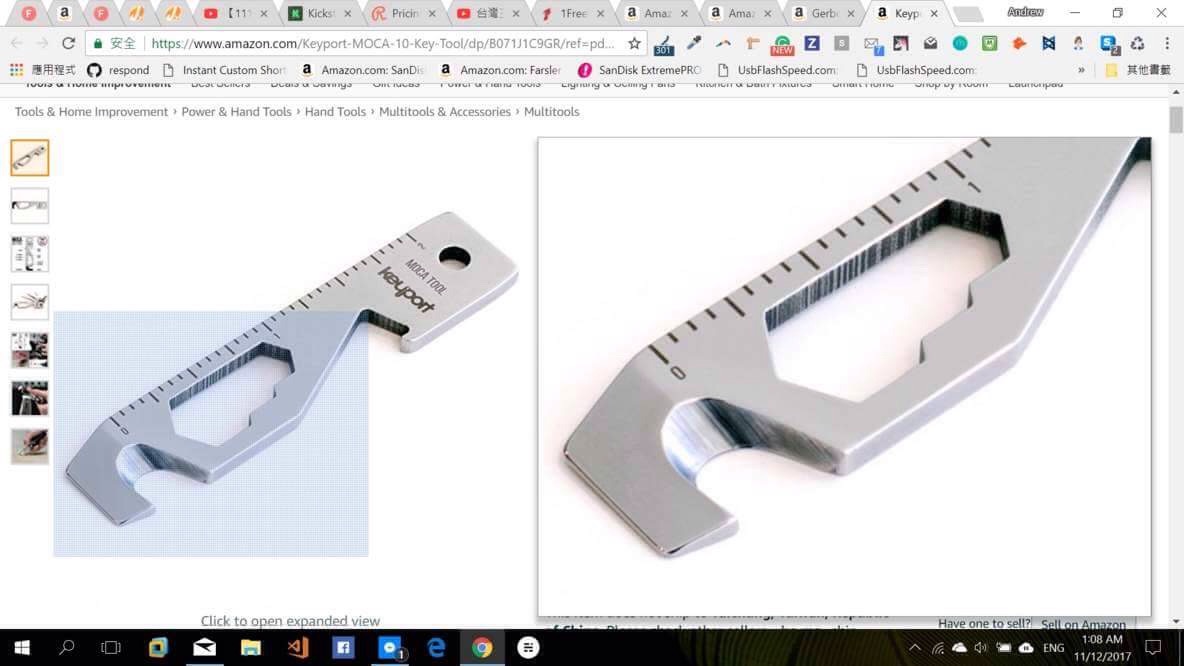 Manufacturers of keychain tools are aware of TSA rules, which depend on the definition of a blade and sharp. In this case, the manufacturer claims it meets TSA requirements.

Best of all, the MOCA keychain tool is TSA-friendly so you can take it with you into any airport on all your adventures.

In general, you can check the manufacturer webpages of the specific tool you are considering to see if they make such a claim.

There is no approval scheme for specific products. There are published guidelines which the TSA can (and does) change as they see fit. If the product clearly meets the guidelines in play at the time of inspection, it’s likely, but not guaranteed, to be accepted. TSA agents have the final say. You have no grounds for dispute, despite what some manufacturers imply.

In this case, the question of blade is the most significant. Bladed tools are not permitted for carry on, with some very limited exceptions (scissors under 4 inches from the pivot,at the time of writing).

It is not the manufacturers determination of what constitutes a blade, nor yours, that counts.

So, the rather dull outcome is - if you’re happy to risk losing a $10 tool, you can try. If you’re not, and have checked baggage anyway, pack it in there.

(As an example of manufacturers being potentially misleading, Leatherman lists ‘TSA Approved’ products, whilst the TSA themselves simply state that ‘Leatherman tools aren’t permitted for carry on’. The manufacturer adds a footnote saying they will not pay compensation for confiscation. That suggest they know they cannot stand by their assertion of approval).

Not the answer you're looking for? Browse other questions tagged transit luggage legal international-travel travel-tools or ask your own question.

17
Buy a second seat in order to bring an extra bag?
13
What exactly can US immigration search or ask me to do to enter the US
6
Untagged bag put on to luggage belt in Toronto Pearson after US customs cleared
6
Can I leave the airport on a Canadian transit visa?
8
TSA Security for oversized items?
17
Confused about Ryanair cabin bag policy
9
Delta carry-on policy