What do these pictures in public toilets on Madeira mean?

On Madeira, I saw in several public toilets pictures on the wall like this (made in Porto Moniz): 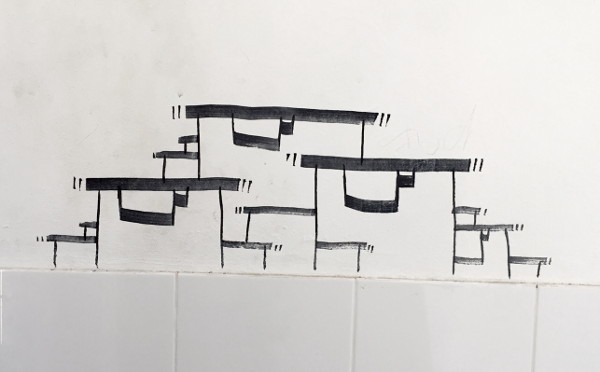 What do they mean or stand for?

Seems neither the locals nor the Internet sources have a conclusive answer. I searched on some Portuguese websites and asked a Portuguese friend, and come up with pretty much nothing. Apparently they can be found in continental Portugal too.

Only theories I found were "they might be the plans for the new hospital" (although I don't get why and haven't found any more info) and that it's some marking made by/for drug dealers.

The best source I could find was this Madeiran blog that quotes a local newspaper (couldn't find the original article though):

The Diario today reports on the strange “diagrams” that are appearing around the city centre, normally found around the small power distribution boxes that are a familiar sight on the street. A number of theories are being advanced on social media, but nobody seems to have an explanation at the moment. Reports say that these have only sprung up recently, but I recall first noticing the earlier in the year. Some are growing overnight with additional sections being added. One wit has accurately observed that they might be the plans for the new hospital in Funchal. 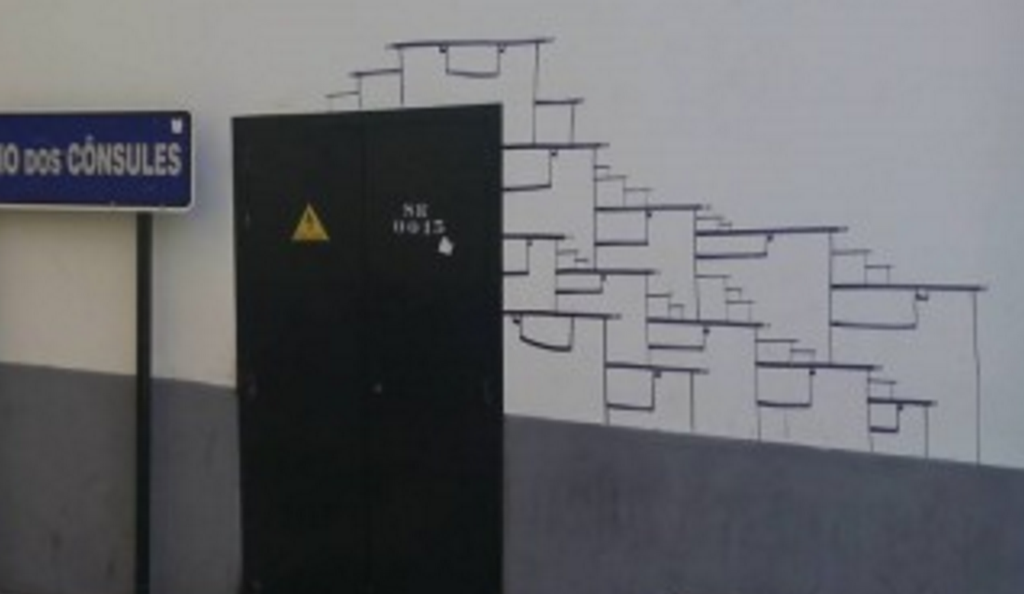 As pointed out by @MikeHarris:

It looks like graffiti. It means whatever the person drawing wants it to mean.

Not the answer you're looking for? Browse other questions tagged factoids madeira or ask your own question.

6
Countries with hi-tech toilets
16
Who are these people in gray robes and shaved heads with South Korean Passports?
61
What's the longest scheduled public bus ride in the world?
46
Taming the nightmare of public toilets in the UK
7
Madeira - transport to Levada das 25 Fontes
29
What do letters “R” and “E” before parking slots in Spain mean?
27
What does this Suriname traffic sign mean?
10
What does this tiny window balcony spotted in Zurich stand for?