What to do in Barcelona? [closed]

I'm going to be for one week in Barcelona. Any tips of nice things to do? I don't like night clubs and such so much. I like to see curious local things, eat good food and the like. I'm not a great art appraiser, but I've been to museums that I liked. I liked musée d'Orsay in Paris and I loved the museum of science in London (althought it has less to do with art).

I also like going to places that have nice architecture and which tells me about the local history of the place.

Barcelona is a great place to visit; it has been the object of lots of changes some twenty years ago when it hosted the Olympic Games and it has resulted in a general improvement of the area.

As you probably know, Barcelona is the town where the Catalan architect Antoni Gaudí worked and it can show some of the best examples of his visionary form of art. You can't miss visiting the Sagrada Familia, the expiatory temple which was recently opened for rites but which is not yet completed, or Parque Güell, now a public park on a hill which he meant to become an example of integration between normal city life and art and nature. Closer to the town centre you have Casa Milá, better known as La Pedrera, another incredibly interesting building which demonstrates Gaudí's genius. All these places can be visited (the only free one is Parque Güell), whereas Casa Batlló must be seen from the outside unless you have arranged a special visit or event.

One more thing I would recommend to get the feeling of the place is a visit to the Boqueria, an incredible covered food market where you can buy almost anything and where you can easily get a savoury meal for little money. It is just on the Ramblas, a long tree-lined avenue which goes down from Plaza Catalunya to the port and which is a must-see for all tourists.

One museum which in my opinion you can do without is the Picasso Museum, particularly if you have already seen some of his paintings in other places.

I'm not a city person, but I've been to Barcelona as a 13-year old in 1998. One day that I particularly remember is when we hiked up Montserrat, very close to Barcelona and interesting both from a cultural and natural point of view. Should probably still be fine even if it's almost November (the picture below was apparently taken in January).

You have to see Sagrada Familia of course. Do the climb up to the top of the tower. See the museumy thing in the basement. Visit the little school right next door with the wavy roof.

In addition to any Olympic-y or other Gaudi things, you should walk down Las Ramblas about 10 or 11pm. Don't have a lot of money on you when you do, so you can relax and gawk at all there is to gawk at.

I also enjoyed Montjuic, the funicular up to it, and the cable car.

Barcelona is well known of their football club. One of the best player in the world (Lionel Messi) is a Barcelona player.

Since you like architecture, you may want to visit Barcelona stadium ( Camp Nou ).The Camp Nou Tour is only open on the non-match day. 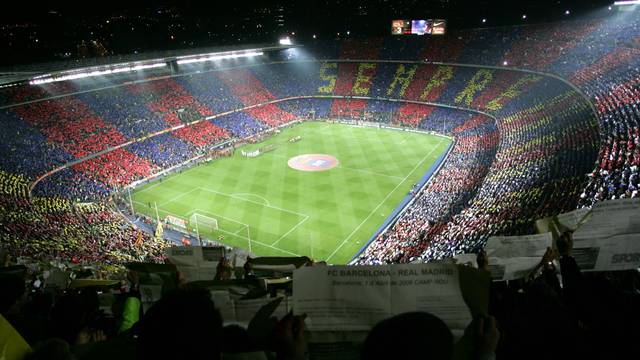 Two things that stood out from my last visit to Barcelona in March 2011:

Not the answer you're looking for? Browse other questions tagged barcelona or ask your own question.