Would they actually say crashed/lost, or simply something like delayed. 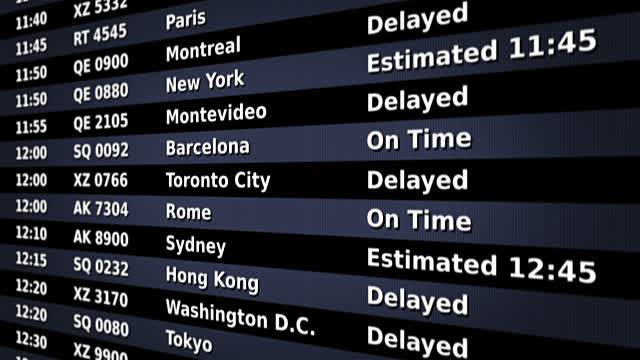 There's no general standard; it depends on the airport's own procedures, how much information is available, and potentially a snap decision made by the airport manager on duty.

Here is an article, found by Googling “arrival board crashed”, with photos of arrival boards following some famous accidents.

The statuses shown in various cases include Delayed, Go To Info Counter, Cancelled, and nothing at all (blank status field).

TL/DR: What shows is derived from a combination of various data sources and the rules that apply to prioritization and other anomalies. Since, fortunately, aircraft loss is so rare, it is handled in non-standard ways and sometimes incorrectly.

It will depend on the operator of the display, where they get their data and what specific display rules they have in place.

The data itself are merged from:

The problem is that there is no accepted way to denote this type of situation. Also, it's not unusual that a particular flight drops from the ASDI or ACARS feed for harmless reasons, so the display operator should never assume a missing aircraft has crashed.

This is why it can take some time and have varying results in the situation. The display would never show "Crashed" or "Lost". First, that's just crazy; second, the display isn't free text, it's a code translation.

Much will depend on whose information takes priority. So, if a data supplier is relying only on government sources and the flight drops from the feed, it may just continue to use the last known values until the arrival time has passed, then assume a delay or just time out and get dropped from the display list. There are similar rules to detect diversions, turn-backs and other operations situations.

But if they also have a GDS or airline feed, they can show Cancelled or more specific information. This is also why you'll see differences between the information on boards, particularly between those operated by the airline and by the airport.

Not the answer you're looking for? Browse other questions tagged air-travel airports or ask your own question.

12
What is an easy way to see what routes are available from a given airport?
2
Long Beach Airport arrival times
12
How can I find the arrival gate for a flight?
13
Missing bag report swindle
11
What happens if I eat my own food in flight, but the airline prohibits outside food on board?
53
Moscow (DME) airport arrival 23:55. My Russian visa becomes valid at midnight
15
Airport worker at UK airport caused us to miss our flight
16
What airport has the fewest regular commercial flights?