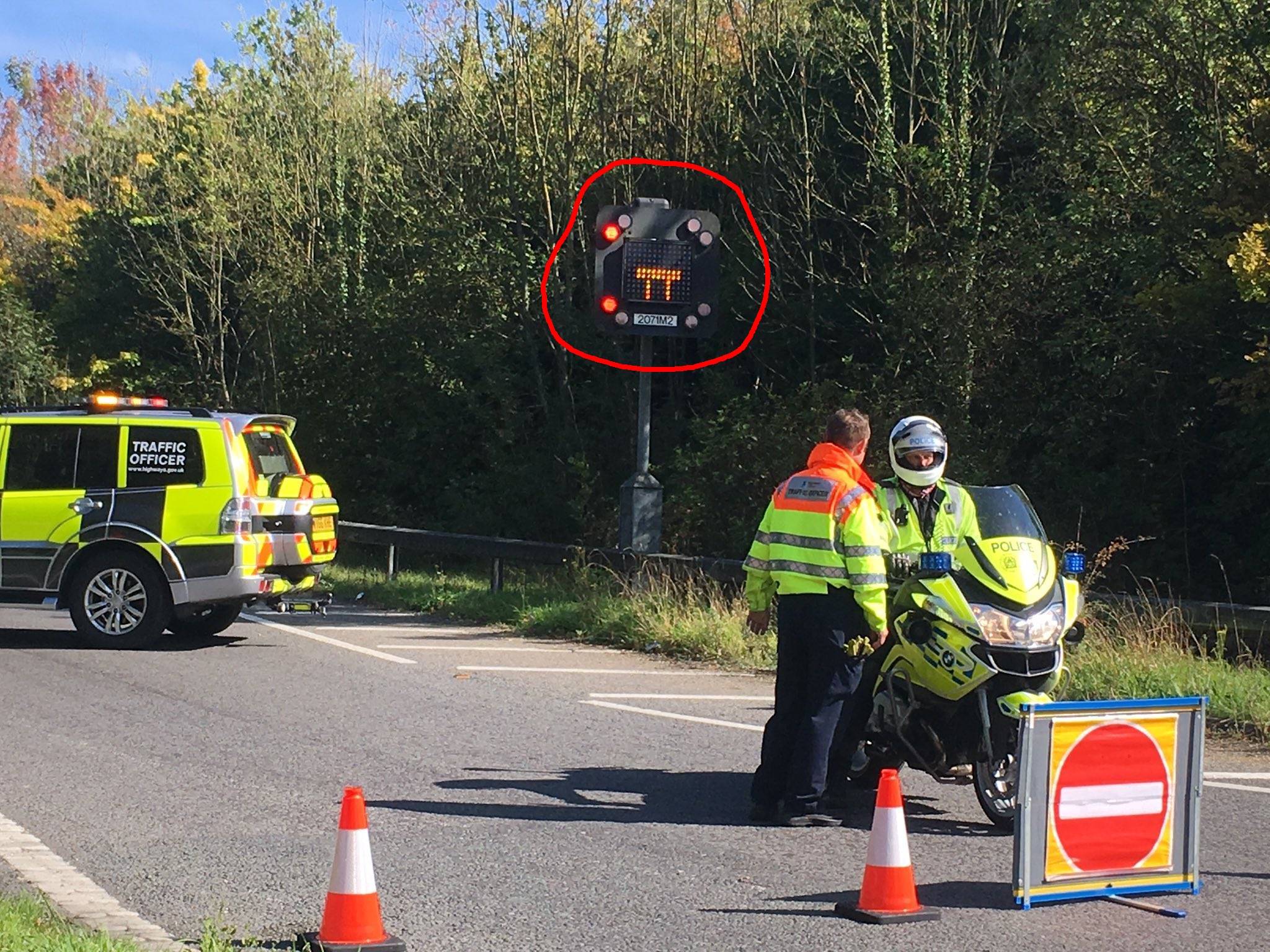 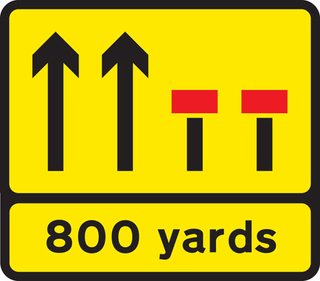 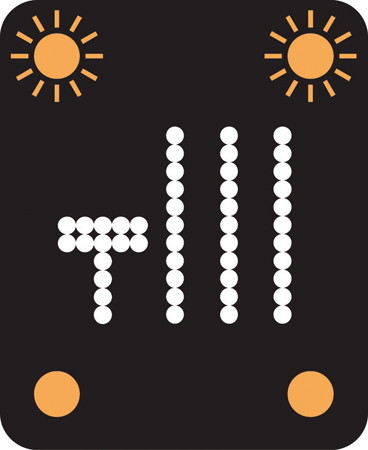 UPDATE: Today (14 September 2021), the sign in question was added to the Highway Code, in the section about motorways (it's documented as part of rule 258. showing the example for a 3-lane road). So there's now a more widely read source for drivers to learn what it means.

40
What does this road sign mean? (Germany; red circle and X on a blue background, with a right-pointing arrow.)
41
What are the rules to be aware of on a road with a sign that indicates rocks might fall?
52
What does this traffic sign with a crossed-out black octagon mean?
2
"Give way" on prohibition sign, what does it mean?
4
What does red painted bus stop mean in UK?
59
What's the meaning of the sign "Broken white line only marks the centre of the road"?
5
What does symbols in google maps (when looking for some location in uk) mean?
52
What does this Swiss black on yellow rectangular traffic sign with a symbol looking like a dart mean?
33
What does the Free Recovery sign (UK) actually mean?
37
What does a red X on a yellow sign mean on an Austrian autobahn