Third Reich eagle on a pots & pans shop in Osaka - why?

During my visit to Osaka I came across a shop's door with this Third Reich eagle: 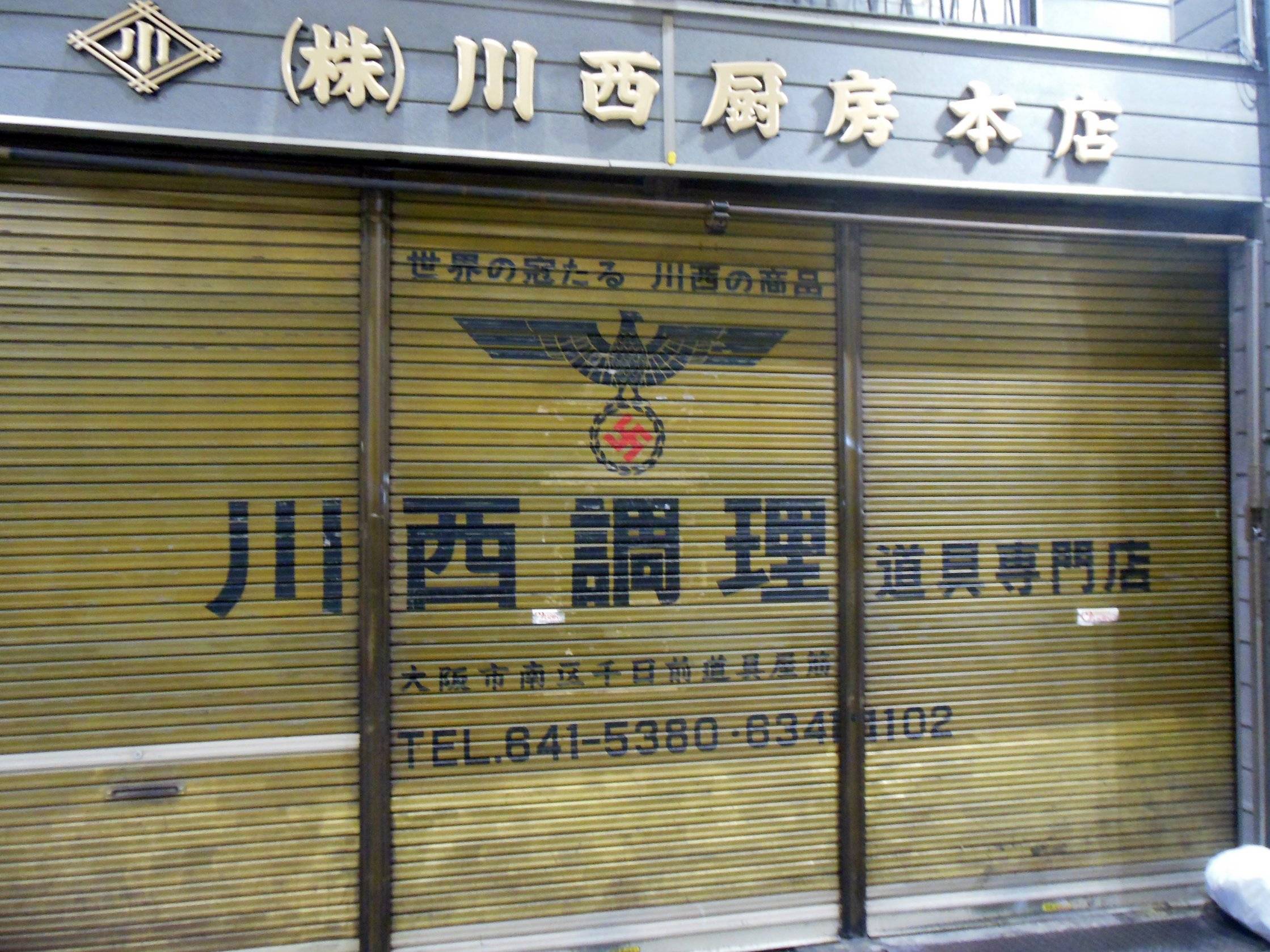 If I can remember correctly, it was most likely supposed to be a plain pots & pans shop.

Can anyone explain why would that eagle exist (and be kept) on the shop's door and what do the inscriptions say?

I only found those references to this door on the Internet, but they don't seem to offer much explanation:

In Japan and other Asian countries there is no stigma on Nazi culture, and until the last 25 years or so, Nazi culture was considered in many Asian communities to be fascinating or chic. Therefore, especially in older places, like the shop in your photo, Nazi symbology can sometimes be found as a marketing element. American sociologists call it "Nazi chic". Time magazine published an article about it in 2000. This fad has declined over the years and it is rare to see it in any new marketing campaigns or advertising.

Also, note that the swastika is a commonly used symbol in Japan because it is associated with Buddhism. When used like this it has no Nazi connotation to the Japanese, but just means Buddhist.

That first link has some interesting information / speculation.

The first half of the top line 世界の冠たる can be taken as a translation of the German phrase "Über alles in der Welt", which has Nazi connotations. The company was founded in 1918, which invites the possibility that the logo was adopted during WWII.

All of that indicates that it is clearly more than "Nazi chic" like you would see hawked to edgy teenagers. On the other hand I wouldn't assume that the one-time owner was a Jew-hating ideologue; more likely he admired German culture, adopted the logo because that represented Germany at the time, and saw no reason to change it even after the war.

The second half of the first line says "Kawanishi's products". The text below the logo is just the company name, what they are, address, and phone. The address includes a district that was abolished in 1989, so the sign was made before then.

5
Why isn't the direct route between Nagoya to Osaka covered by the Takayama-Hokuriku Area Tourist Pass?