UK visa refused under 3.6 a of Appendix V (deception)

I got a refusal under 3.6 a of Appendix V due to failure of checking the previous denial that I had 8 years ago. I changed the passport 2 times since then and have travelled to many countries and while the application form had so many things to check, I just did not pay proper attention to the boxes I checked. Please check the below refusal letter.

Now, I want to appeal for this ban to be cancelled, what can I do? I am of Asian national based in Spain with long term residence permit for the European Union.

Here is the copy of refusal letter, thank you so much for your comments! 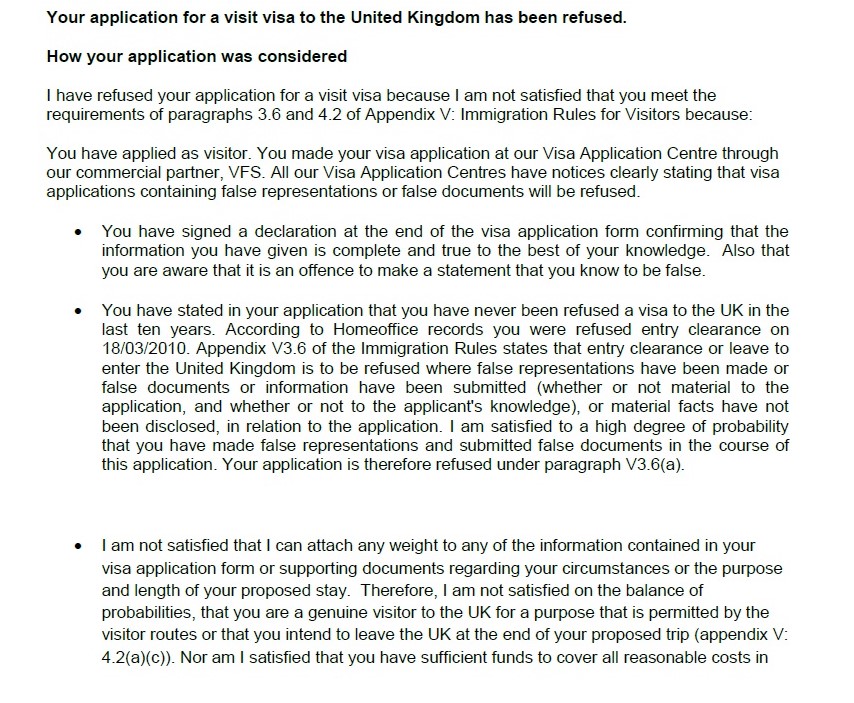 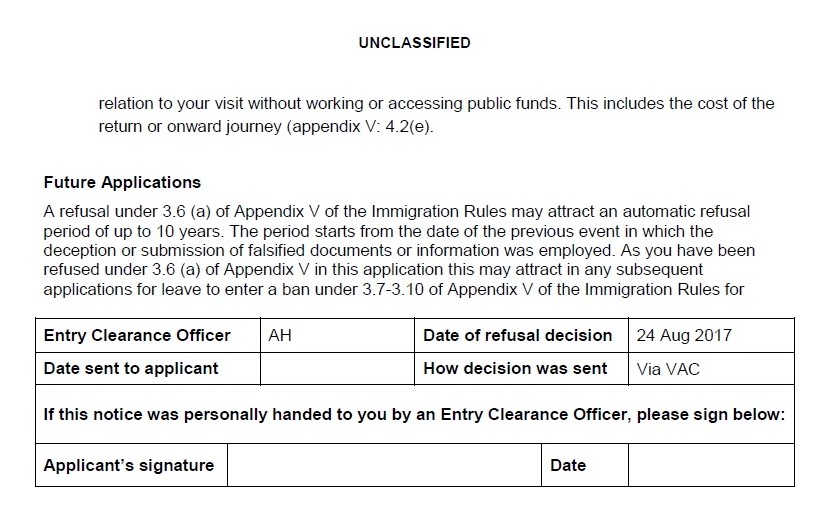 You were refused under Appendix V Section 3.6 of the rules. This rule is a restatement of Section 9 Paragraph 320 (7a) of the rules. It was transcribed to Appendix V to make it more user-friendly for visitors, but the content and meaning was preserved.

Deception is a serious offence; the UK has deep issues with deception because it has been used so often in the past. When somebody gets caught for deception they get upset and stay upset for a long time. It is not uncommon to see them revoke a British passport for a naturalised citizen when they find an instance in someone's history (vindictive ex-girlfriend/ex-boyfriend, jealous colleague, a new interface to the DHS, a change in data-sharing agreements, and the list goes on), there appears to be no statute of limitations on it.

I just did not pay proper attention to the boxes I checked.

This is unfortunate. Your credibility has been damaged and you will need to be especially diligent going forward. They hear all kinds of excuses like '...my agent did it...' and '...a simple clerical error...' but these are rarely the case. If you did not pay attention to the application, in the ECO's mind that's an indication that you will not pay attention to the conditions of your visa, and that's a show-stopper (even in the absence of deception).

The refusal notice informs us that you were using the OLD form which asks you to disclose prior refusals in the previous 10 years. Because an applicant must be 18 to make an entry clearance application and your refusal was in 2010, it means you are at least 25 or 26 years old and hence the event would be in your accessible adult memory.

Now, I want to appeal for this ban to be cancelled, what can I do?

You have not been banned and visit visas do not provide an appeal recourse in the first instance.

Reading the notice, the formulae says "...may attract an automatic refusal...". The key word is 'may'. It is a modal verb used in the conditional sense. The formulae for the first refusal having to do with deception does not use absolute language, it cites the relevant rules only and sends a warning shot over your bow. They do it like that because the court has ruled that an ECO's allegation of deception does not meet the civil standard of 'balance of probabilities'. So they wait until the next application to put the onus of proof back on the end-user.

Appeals are not allowed and if you attempt a judicial review on the basis that you did not pay proper attention to the form, it will not even reach the hearing stage. That's a good thing because if it got to the hearing stage, the Home Office could (and likely would) ask the court to recover their costs (i.e., go after you for payment). A UK solicitor will not even take your case under those circumstances anyway.

The standard advice for applicants who have received their first refusal for deception is to avoid making a fresh application, especially if the motivation is to 'clear your name'. Instead, have a qualified UK solicitor represent your next visit visa application. Those lawyers attract a fee. For your case, somewhere between GBP 2.5k to about 5k (but that's a pure GUESS).

You can use the search engine at ILPA to start emailing them with your refusal notice (redacted) and a summary of your personal circumstances. Disclaimer: I am a member there, but do not engage in casework for UK applications. Colin Yeo's article on General grounds for refusal: alleged deception and innocent mistakes gives some insight from a barrister's point of view and worth reading on that basis also (similar disclaimer). Caveat: be mindful that Colin is a barrister (not a solicitor) and is writing mostly about settlement visas and leave-to-remain visas and our domain here is visitor visas and solicitors.

Personal note: Your previous refusal was in 2010. A qualified solicitor would have pointed to the gap of 7 years and then pointed out the dramatic change in personal circumstances since that time. They would have explained how the previous refusal occurred and why those grounds are no longer relevant. They would be providing the ECO with some insight into your new situation in life and all of the other eloquent word smithery that those practitioners are good at... It's a good bet that your application would have succeeded. Unfortunate. Bordering on tragic.

For the OP's Judicial Review path to escalate the refusal, there are actually TWO (2) distinct immigration offences that took place. (1) deception and (2) non-disclosure of a material fact (two different offences). If the Home Office fails on one they can still use the other one. They will also point out that the remedy for a visitor refusal is a fresh application and if the OP could present a winning case in the Administrative Court and then the Upper Tribunal then he could absolutely make the same case and succeed in a fresh application also. That's why there's another round of applications before a ban is imposed. Finally, remember that the Upper Tribunal needs to approve that a person can lodge a JR in the first instance (you can't just walk in to the Upper Tribunal and plead your case, they have to approve that your case has merit, hence my statement that it would not reach the hearing stage). From a practical viewpoint, just getting in to the UT and without considering their proceedings costs about 5 or 6 times what it costs to instruct the (arguably) most competent solicitor in the UK to sort out a visitor application. Plus the OP is in jeopardy of having an adverse judgement and having to pay for the Home Office costs. Bad scene. Nightmare. Stay off the net peeps, or at least read what you see very carefully.

Addendum #2: One option that hasn't been discussed so far is for the OP to prepare a pre-action protocol and send it to the Home Office. This can be done with the strategy that they might read it and get "spooked" and reverse their decision (Or they might send the OP back a letter that says "Bring it!"). It's free, but your argument must be bullet-proof and well-stated. I had a working relationship with two practitioners in Birmingham who did this almost every time and the odds are about 1%, but they were really good at it to reach those odds. I have never done it and would suggest not trying it, but if you are good and like to play the "Hail Mary" and don't mind getting their backs up, then why not? More info at Pre-Action Protocol for Judicial Review.

On analysis we believe that the way in which the burden of proof operates is as follows. We accept that if an application form is false in a material way, that this may be relied upon as some prima facie evidence which assists in establishing dishonesty. The inference of deliberate deception can be strengthened by reference to other facts, for example if the conviction is shortly prior in time to the completion of the application form this will furnish circumstantial supporting evidence that the conviction must have been high in the applicant’s mind and any explanation based upon oversight would carry little weight. However, this is not dispositive of dishonesty and it is open to an Appellant to proffer an innocent explanation. If an innocent explanation is advanced (by which we mean one that meets a basic, minimum level of plausibility) then the burden switches back to the SSHD to answer that evidence. At the end of the day the SSHD bears the burden of proof. This is a proposition which is uncontroversial and has been confirmed on many occasions: eg JC (Part 9 HC395 - burden of proof) China [2007] UKAIT 00027 para 10; MZ (Pakistan) v Secretary of State for the Home Department [2009] EWCA Civ 919 para 25; Mumu (paragraph 320; Article 8; scope) [2012] UKUT 143 (IAC)

If you believe your explanation meets a basic, minimum level of plausibility, then you should pursue a judicial review. It can be inferred from the judgement that the passing of time is a factor when considering deception.

However, as pointed out by valuable members of the community, unless there are other factors, "forgetfulness" or "carelessness" is highly unlikely to meet that criteria.

In my opinion, the lack a right of appeal and high costs of judicial reviews have made the Home Office high-handed when dealing with deception cases.

Don't overlook the elephant in the room

Confirmation bias is a harsh mistress. All this hair-splitting about the meaning of "deception" is a distraction from the other part of the letter.

That part said as much as that the documentation of the purpose for your UK visit was too weak. Of course the prior deception reduced its credibility somewhat, but it's clear there wasn't much credibility there in the first place.

Here's an example of great documentation: a young Canadian drifter (just the kind they hate to land) claims a reason "to go to Taylor Swift concerts". She includes copies of Swift's European tour, receipts for tickets at 11 shows, onward rail tickets to Munich. Research confirms dates check out, Tay plays Munich after UK, she has a website and Facebook documenting a travelogue of 171 Tay concerts in 39 countries (where she didn't overstay or seek work), 44 pictures with Tay, a quick check of GPS data on 2 photos show indeed at concert sites. Only problem is she said she's coming from Canada, actually ticketed from Spain: you guessed it, Tay's last stop before UK. That's an extreme example of deception balanced with absolutely perfect underlying facts, and good documents to support those facts.

So your problem, moreso than the deception, is weak documents.. Whether the underlying facts are any good, I do not know. It's impossible to make good documents from bad facts, and trying is only going to get you in big trouble.

Not the answer you're looking for? Browse other questions tagged visas uk visa-refusals deception or ask your own question.

3
Can I re apply?
2
UK visa refusal under Appendix V Section 3.6
0
UK Visit Visa Refused 'inference of deliberate deception'?
26
What can I do to lift a 10 year ban for making a mistake in my UK visa application?
12
UK visa refusal due to wrong record from 9 years ago
1
New application for UK visitor visa after previous refusal
2
Undeclared UK Conviction
2
When was the ban issued, 2009, 2012 or 2014

2
India to UK visa for business refused due to wording issues
4
Possibility of refusal of a Standard Visitor visa due to deception
3
UK visa refused under 320(7A) (deception) in 2009. Am I banned for 10 years?
17
UK visa ban based on an allegedly non-genuine Dutch permit
9
UK Visitor visa to visit my girlfriend refused under V4.2 (a) (c) & (e)