Do all hospitals and doctors in the USA accept travel insurance?

I know that different doctors and hospitals work with varying number of insurance companies. However, I haven't seen any doctor or hospital listing that they accept any traveler insurance plans. Does it mean that most travel insurance are not accepted by any business? What are they good for then?

After reading the answer, I searched for the policy with fresh eyes. Here is a screenshot which explains the insurance mess: 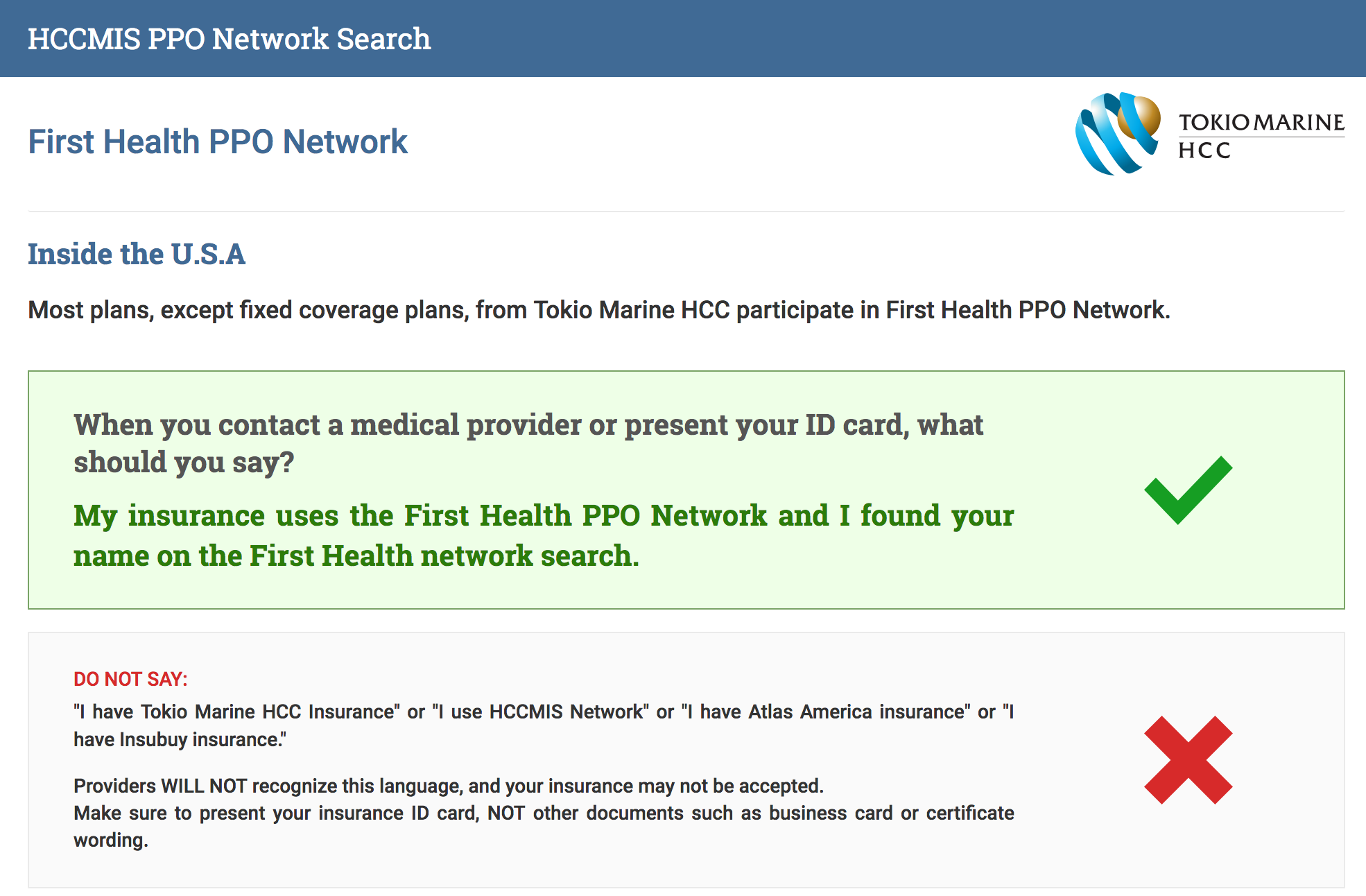 : Disclaimer: I have no stakes in this business.

In any case, the best way to proceed is that if you need to go to the doctor/hospital and it's not a life-threatening emergency, you should first call the insurer and they'll identify a suitable provider for you.

Real-life anecdote: I was recently on a business trip to NYC and needed to see a doc. I called my travel insurance company's hotline, they found a suitable provider nearby (in this case CityMD) and arranged for their local US insurer, Cigna, to fax over proof of insurance (yes, this was in 2017). The whole process took 3 phone calls over 2 hours (!), and CityMD wouldn't take me in until the magic fax arrived... but once it did, all costs were covered and I didn't pay a penny for anything except the medicine I was prescribed.

Alternatively, they told me that I could pay out of pocket (which would have been ~US$200 in this case) and then file a claim with Cigna directly, but all things considered this was probably less hassle. (Although now I need to file a claim anyway for the $40 in antibiotics. Grumble.)

Not the answer you're looking for? Browse other questions tagged usa insurance travel-insurance-claim or ask your own question.