Treriksröset is a point which borders Norway, Sweden and Finland. Now the question is, how to get there? Take a look at this map: 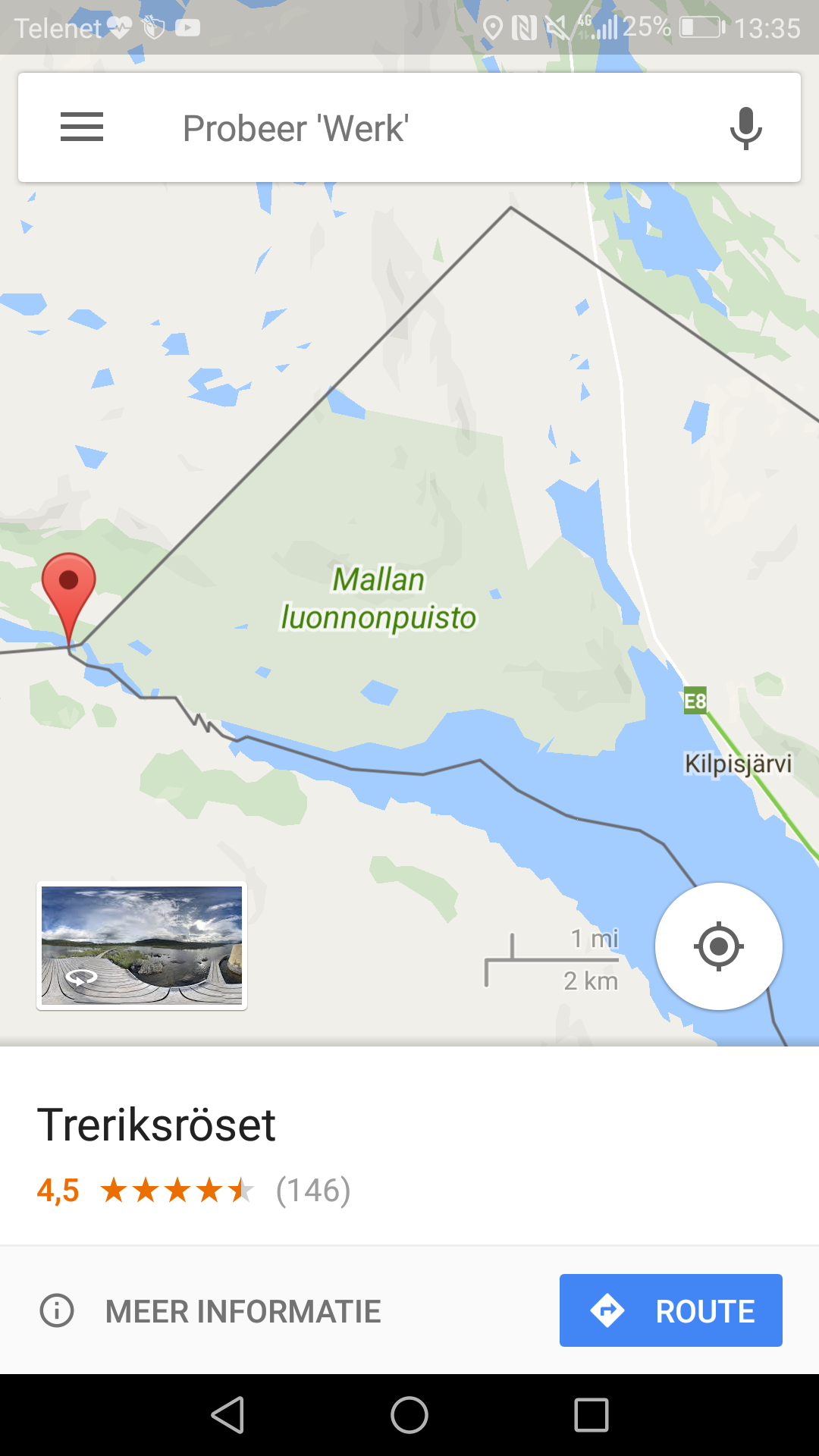 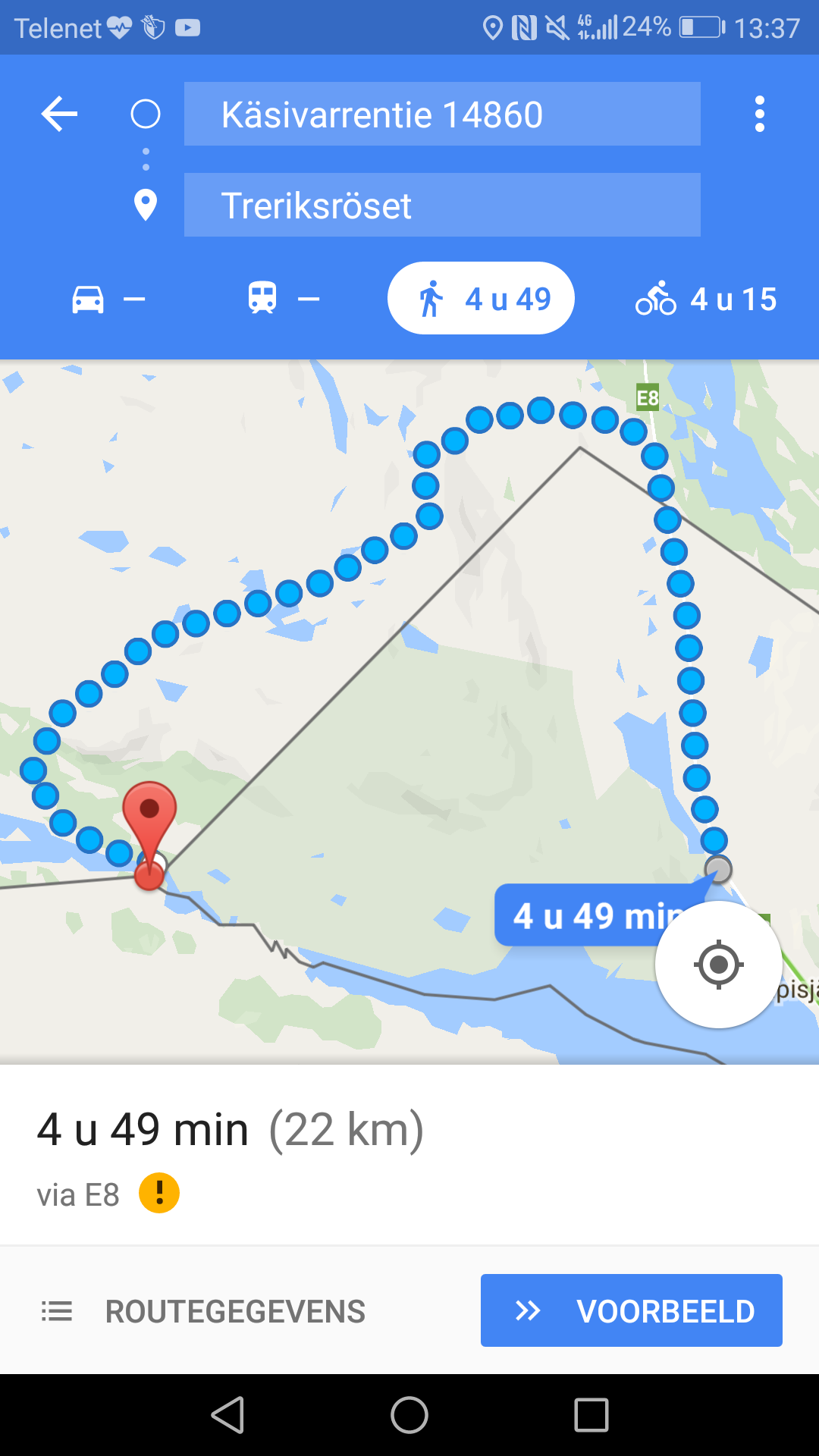 The closest route is the E8, but it takes 5 hours to go by foot or bike! That's too much for me. It's not even reachable by car. So I was wondering, isn't there an easier way to get there?

Treriksröset is not reachable by road. You can get there on foot or ski (perhaps kayak too but there may be some rapids to navigate upstream). Mountain-bike may work (I'm not sure). From your screenshot it appears Google Maps knows the trail on the Norwegian side, but not the shorter and much more popular hiking trail on the Finnish side. Openstreetmap has all trails (including some not on any other maps; be careful assuming anything about those). You can explore the Finnish topographic map online via retkikartta.fi, paper maps are for sale in Kilpisjärvi. If you want to hike on the Norwegian side via Goldahytta, try norgeskart. For maps on the Swedish side, try Swedish fjällkartan (mountain map). I believe the Swedish fjällkartan will be for sale in Kilpisjärvi but I'm less sure about the Norwegian maps.

Gerald Schneider pointed out you can get there by dogsled. That works, but only in winter. In summer and autumn (June to September) you can get to within 3 km by boat. The last 3 km from Golddaluokta are still on foot. The trail is shown on Swedish fjällkartan and on Openstreetmap.

Your options in the snow-free season: 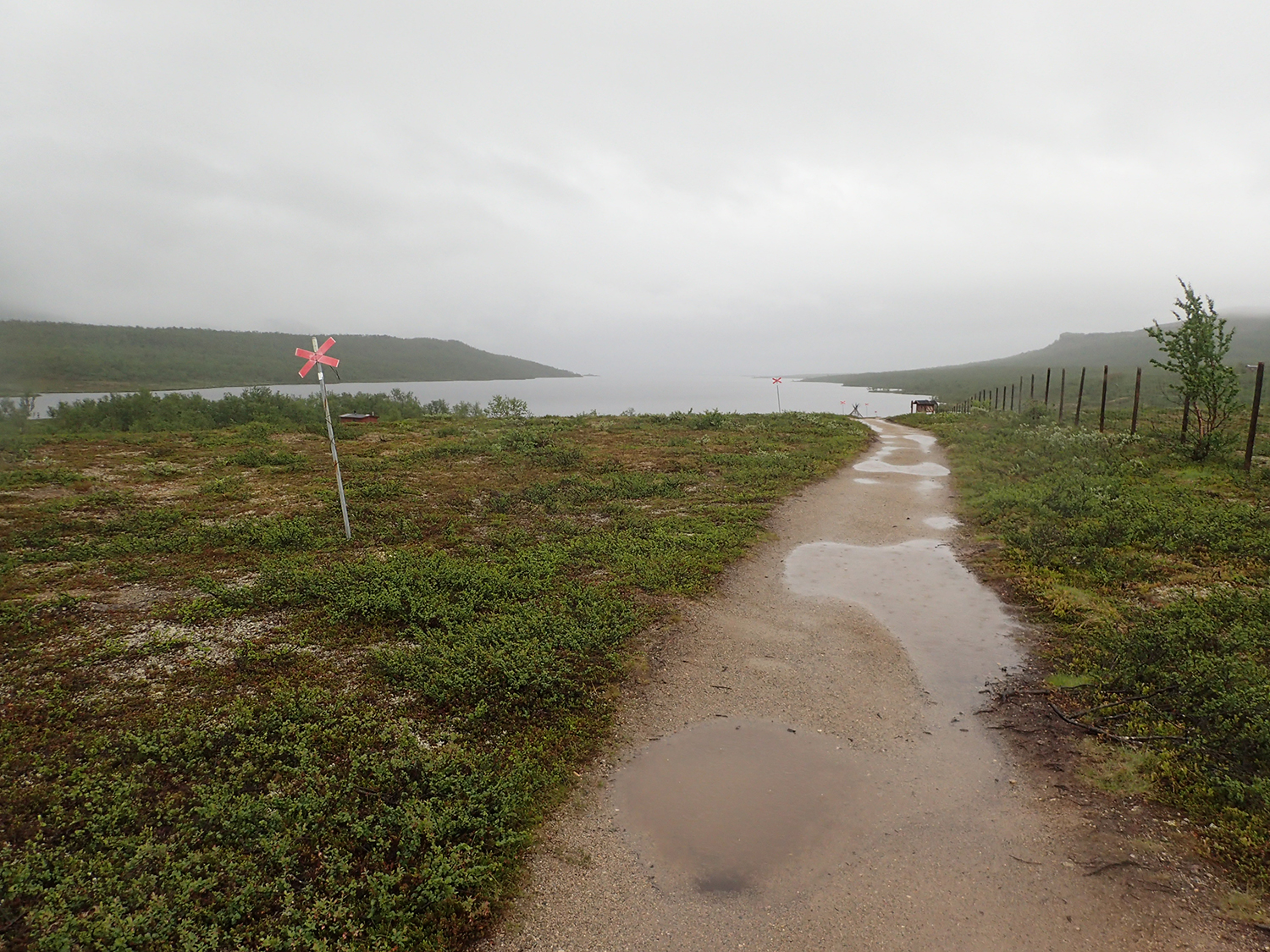 You may be able to do it on a mountainbike; I don't remember how easy the trails from Goldahytta or Kilpisjärvi are and I haven't done the others. There are other routes but they will be much longer (certainly more than a day).

When there is snow, you can go on skis, by dog-sled, or by snowmobile. You can even rent a fat bike and try to get there by bicycle.

If you plan an outdoorsy way of getting there you may want to consult The Great Outdoors Stack Exchange.

Incidentally, I would recommend to avoid going there between mid-June and mid-August as the mosquitoes in that area are quite vicious. Autumn (late August to mid September) is the best time of the year (and rather popular in Finland).

There are organizers who offer tours to Treriksröset via dogsled. A dogsled tour is an incredible experience in itself I can only recommend.

Not the answer you're looking for? Browse other questions tagged borders sweden norway finland or ask your own question.

9
What is the driving time in a car from Zamyn-Uud to Ulaanbaatar?
6
What to consider for a last-minute impromptu trip to northern Sweden?
22
Crossing a border several times to increase duty free allowance
36
I suspect my cellular carrier may be breaking the EU free roaming directive. What can I do about it?
7
Travel from the UAE to Lithuania by car
1
Is there a national park with mountainous and dense forests in Finland?